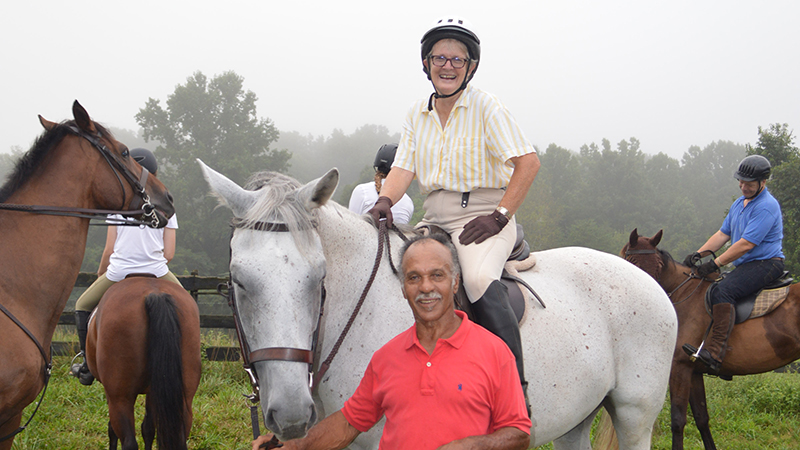 He and his wife, Colleen, have now decided to start their own hunt with a pack of 12 couple crossbred and English hounds. “We’re going to start a small hunt,” Goodwin said. “We have access to country in Inman, Statesville and in Union, S. C.” 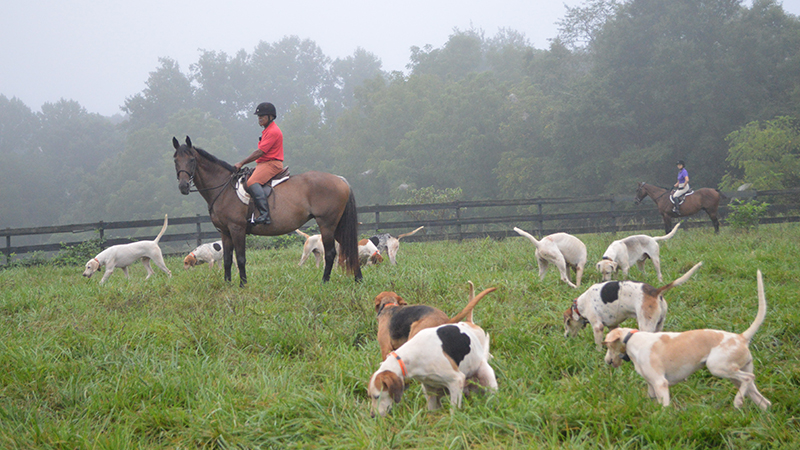 MFH Tot Goodwin with his hounds on the inaugural hunt of the Goodwin Hounds last Saturday. (Photo by Catherine Hunter/Tryon Daily Bulletin)

Of course they have been invited to hunt with other hunts all over the world as well, but hope to develop a regular fixtures in the area close to their home and kennels in Mill Spring. “We’re having a joint meet with the Camargo Hunt in Kentucky in September for the Pony Clubbers,” Goodwin said.

“The challenge is finding country to hunt in the area that won’t infringe on other hunts,” Colleen said.

“The hounds are out of shape, so it was a short run,” he said. “But it was good for the people and the horses.”

Both Goodwin and Colleen are extremely grateful for the enormous amount of support they’ve received from local hunters as well as those around the country. They hope to offer subscriptions for the hunt in the near future, as they are able to develop more country. In the mean time they working with cap fees and donations.

For more information about the Goodwin Hounds or to be on the mailing list, email Colleen at horseresource@aol.com or call 828-817-2121.