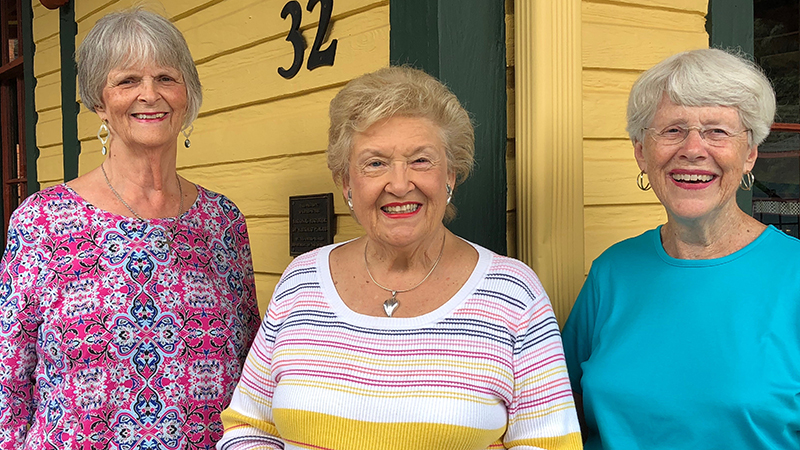 Three grandchildren of Dr. Lesesne Smith will share how the “baby hospital” came to be in Saluda and its impact on the health of children in the South during the three decades before antibiotics became available in the 1940’s.

Nettie Sweet, VeeVee Blackshear and Clara Carter are three of Lesesne’s 13 grandchildren and live in Saluda full-time. Their “careers” were as housewives, mothers and volunteers.

Lesesne Smith was born in Berkeley County on July 28, 1877. He grew up in Mt. Pleasant and graduated from Porter Military Academy. He was in the first class to matriculate at Clemson. He established the Spartanburg Baby Hospital, a charity institution, as well as his private Infant’s and Children’ s Sanatorium.

In a time of limited opportunity for continuing education for doctors, Dr. Smith founded in 1921 the Southern Pediatric Seminar in Saluda, North Carolina. This two-week post-graduate summer course was designed specifically for the general practitioner. Lectures were given by some of the South’s leading experts who paid their own expenses and donated their time to present the latest developments in pediatrics and obstetrics. The only expense to the student was a registration fee of $25.

Dr. Smith was active in professional organizations both statewide and nationally.  He was a devoted family man and was a “master of the art of living.” He knew how to play and when to stop, how to make friends and how to keep them. He died of heart disease on July 7, 1947.

Saluda Train Tales is a free monthly event to educate the community of the importance of Saluda’s railroad history and the Saluda Grade. These events are at the Saluda Historic Depot, 32 W Main Street, Saluda, NC 28773 and start at 7 p.m..  Doors open at 6:30 p.m.. The events are free and voluntary donations are appreciated.  Memberships and donations to the Saluda Historic Depot in 2018 will enable us to receive incentive grant funds from the Polk County Community Foundation.