A half-century of service to the humanities 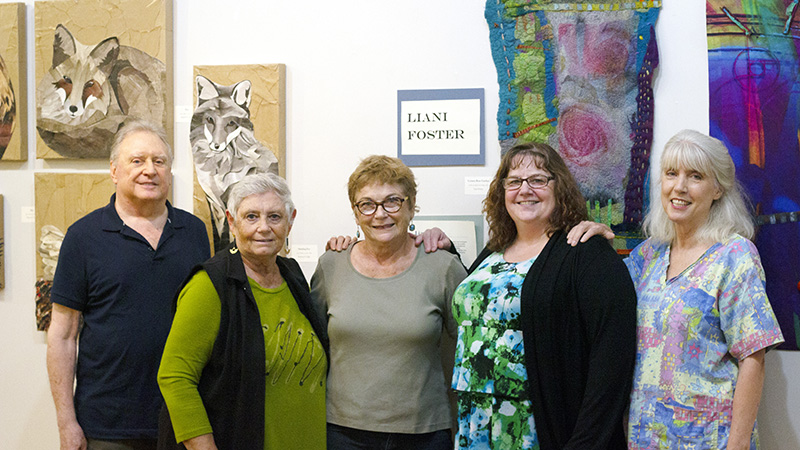 TRYON — With its clear blue skies, rolling mountains, flowing waters and quaint, small-town atmosphere, Tryon has served as the muse for many of the artists who have come to call the community home over the years.

This was the case for a group of creative individuals who lived in the area a half-century ago, who used the area’s natural beauty and unique culture to kindle their imaginations, which they put to use to produce stunning works of art. 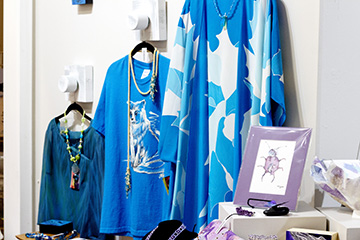 Recognizing an opportunity to support one another on their creative journey in the Foothills, this group of artists eventually came together to form an institution that continues to serve as one of the pillars of Tryon’s venerable art community — the Tryon Painters & Sculptors.

On Saturday, Aug. 11, the nonprofit organization will celebrate the 50th anniversary of its creation with a fundraiser at Foothills Equestrian Nature Center. The event — which will feature food, auctions, games and other festivities — will take place from 4 to 7 p.m. 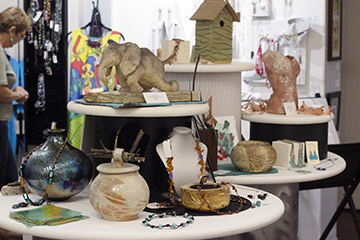 Tickets for the event may be purchased online at tryonpaintersandsculptors.com or at the Tryon Painters & Sculptors gallery, located in downtown Tryon at 78 N. Trade St.

The fundraiser is just one part of Tryon Painters & Sculptors’ yearlong celebration of its half-century of service to Tryon’s arts community. Members kicked things off on Saturday with the opening of their latest show, “Country Roads,” which — in addition to showcasing the artwork of several of its members and several guest artists — also displayed the works of two of Tryon Painters & Sculptors’ founding members, Lou Ingwerson and Karl Lohse. 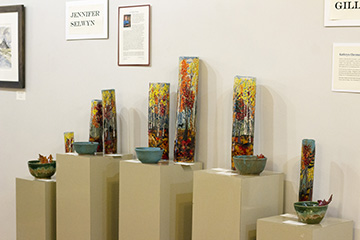 Through August 2019, members plan to show off the works of other former members as a way to pay homage for those who paved the way for the current crop of artists, said Grace Lertora, the gallery curator. Among those whose work will be on display this upcoming year include Jean Parker, Gary Page, Bill Ryan, Gene Apple, Aviva Kahn and Karen Johnston.

“I think it’s kind of nice,” Lertora said. “A lot of people who live around here still know of [these artists], if they didn’t know them directly. Plus, a lot of their relatives still live in the area.”

To commemorate the 50th anniversary, Tryon Painters & Sculptors members are looking to raise $50,000, which will go toward the mortgage of the organization’s downtown headquarters as well as for improvements to the gallery.

While other fundraisers are in the works, the members are looking at other ways to celebrate the milestone, including resurrecting the organization’s “Art Sandwiched In” series, which will invite the community to listen to a guest art presentation while enjoying some sandwiches.

Tryon Painters & Sculptors was started on Aug. 6, 1968, with Ingwerson serving as the organization’s founding president, Fran Mayo as vice president and Gene Warner as secretary; also serving on the board was Lohse and Carol E. Bartol. Fourteen others served as charter members of the club.

When the organization realized that membership dues would not be enough to cover expenses, the members began to offer classes to the community, with Ingwerson teaching watercolor painting, Lohse teaching oil painting and Mayo teaching sculpting.

Tryon Painters & Sculptors first gallery was located on the balcony of the Tryon Fine Arts Center, eventually moving to a storeroom inside the facility after the organization agreed to cover the costs of improvements and upkeep.

After bouncing around other locations in town, the nonprofit — which was incorporated on Aug. 24, 1972 — eventually settled into its current digs downtown on Trade Street in October 2014. In addition to its spacious gallery, the building also contains workshop and studio space in the basement, as well as a gift shop in the back.

The gallery hosts nine shows every year — four that showcase the work of members only, and five that feature the works of members and guest artists. The exhibitions are comprised of both 2D and 3D mediums, with the featured artists ranging in experience from veterans of the area art scene to beginners getting their first big break in the community, Lertora said.

“It’s what we do,” she said. “We try to work with the different artists and their mediums, and show them off to the best of our abilities.”

For members, Tryon Painters & Sculptors gives them a chance to show off their works in a professional gallery, which could otherwise take them years to accomplish on their own, Lertora said.

In addition, members continue to share their knowledge of painting and sculpting with aspiring local artists. Tryon Painters & Sculptors offers a variety of six-week long classes every year, along with smaller one to two-day long workshops. In addition to local instructors, the nonprofit also often brings in guest lecturers for the community to learn from, said Denise Rose, who heads up Tryon Painters & Sculptors’ classes and workshops committee.

“We want to provide people with different methods [to create art],” she said. “You may like a particular teacher, but, as you progress, you may want to pick up different techniques from other artists.”

The benefits from joining Tryon Painters & Sculptors do not just lie in discounted art classes or the chance to get one’s work showcased in the gallery, but also in the fact that members get to join a community of like-minded individuals who — like the founding members of the organization 50 years ago — are inspired to create works of art, stirred by the unique creative spirit that continues to flow like the breeze throughout the Foothills area, members said.

“I feel like [Tryon Painters & Sculptors is] my community, and these are my people,” said Robin Turner, the group’s president. “I think it’s that way for a lot of our members.”

For more information on Tryon Painters & Sculptors, people may call 828-859-0141 or may visit tryonpaintersandsculptors.com.

Last event before WEG is all about kids, ponies…