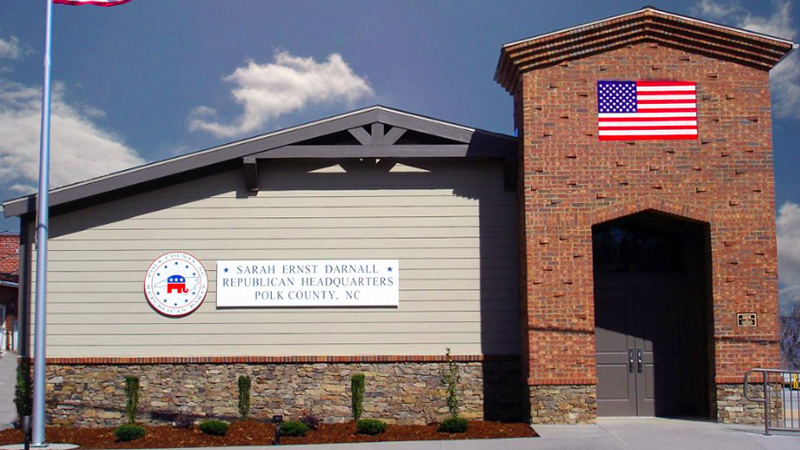 Community can use Columbus facility for meetings, events

COLUMBUS — The community can now lease the Republican headquarters in Columbus for events.

Shaughnessy said the building used to be the post office, though once the service decided to relocate, local Republicans purchased the building through funding from local resident Sarah Darnall.

In 2010, the building’s roof collapsed during a heavy snow, prompting the construction of a new facility. Insurance money paid for the new building, which was completed in 2011, Shaughnessy said.

“We’re doing our best to maintain [the new building],” Shaughnessy told the council. “As you probably know, the Republican Party is self-sustained. We don’t receive any funds from a state or national level. All the operational aspects of what we do comes from donors in the community.”

Shaughnessy said all the people who work on the team are volunteers.

Shaughnessy said the building has been through inspections with the town.

“It’s a huge asset to the community,” Shaughnessy said. “Why not open it up?”

The building has meeting hall, bathrooms and a kitchen. Shaughnessy said meetings are held the second Thursdays of every month, which are open to everyone.

Councilman Robert Williamson asked what the rates would be.

Shaughnessy said there are different rates for a half day or for a full day, with discounts offered for members. Prices for multiple-day events will be negotiable.

“We’re proud of our facility,” Shaughnessy said. “We’re doing everything we can think of to generate money to pay the bills.”

Columbus Mayor Eric McIntyre asked if alcohol will be allowed at events.

Shaughnessy said it would be, and the person or organization renting the facility will be responsible for obtaining proper permits in order to serve alcohol.

The building has a capacity of 99 people, Shaughnessy said.

The Republican Headquarters is located at 33 Peake St., Columbus.

People may call Shaughnessy 352-638-2981 for more information on renting the facility.