Keeping watch over the heart of Polk County 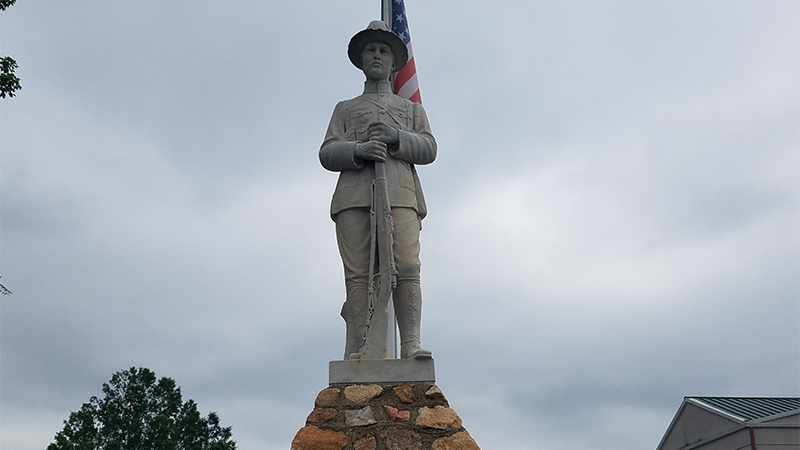 Polk County has agreed to preserve and maintain the doughboy statue twice annually at a cost of $1,800 per year. The doughboy sculpture was installed in 1925 to honor the county’s World War I veterans. (Photo by Leah Justice/Tryon Daily Bulletin)

Doughboy statue in front of courthouse to be preserved

COLUMBUS — Polk County’s doughboy statue, erected in 1925, should be able to keep watch for many years to come with some preservation.

Polk County Appearance Commission Chair Joe Cooper recently presented options to the Polk County Board of Commissioners to preserve the statue, located at the entrance of Courthouse Street in Columbus.

The statue is a marble sculpture depicting a World War I doughboy, which was installed in 1925 to honor Polk County residents who served in the war. The doughboy stands on a local stone base with beaded mortar, with two carved granite plaques at the base.

The county decided last year to research possible repairs to the doughboy, given its age and some damage that has been done over the years. 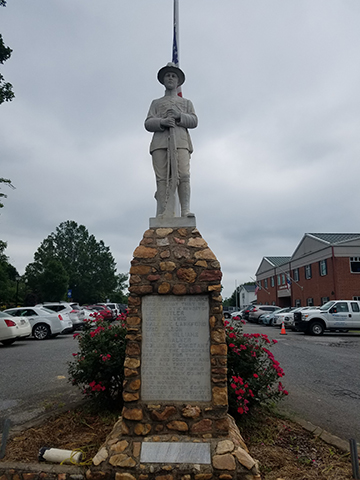 “Bottom line, [Warren] said our doughboy is in remarkably good shape,” Cooper said. “We have a special one.”

Cooper said the county can continue to do nothing, or begin to preserve the doughboy. The appearance commission recommended that Warren come twice a year and clean the statue with special chemicals, as well as  give reports on what could and should be done.

Warren recommended not to repairs chips in the statue, because if new materials are placed, they are more likely to cause trouble than the doughboy itself.

The doughboy’s current condition includes the surface actively sugaring, resulting in a compromised surface that requires consistent and general maintenance; breaks and/or missing areas of the sculpture, including chips along the brim of the hat, the tip of the nose, areas of the right ear and the muzzle of the rifle; and staining.

Cooper said the only way to guarantee the doughboy lasts for a long time is to move it indoors and place a replica outdoors, though that option is expensive.

Commissioners approved spending $1,800 per year for Warren to come twice annually to clean and maintain the sculpture. She is tentatively scheduled to come in June and sometime in the fall.

Cooper also said Warren recommended bollards be installed to protect the doughboy, ones strong enough to stop a vehicle from hitting it.

County manager Marche Pittman said that would be a different project, and the county can seek bids to see what the costs would be.

“What can happen, will happen, and we don’t want that to happen,” Cooper said.

The appearance commission has recently given grants for beautification projects in the towns of Columbus and Tryon and city of Saluda. The organization pays for half of the costs of projects approved. 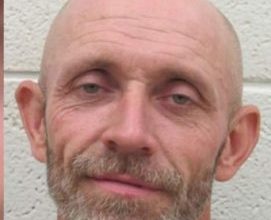