UPDATE: Another flood warning has been issued through 11 p.m. tonight. Columbus is now expected to experience flooding.

The National Weather Service is warning residents of Tryon and Saluda to expect flash flooding today, as rains generated from Subtropical Storm Alberto continue to pelt the region this week.

The agency’s Greenville-Spartanburg office has issued a flash flood warning for western Polk County and other parts of the region, which will remain in effect through 5:45 p.m. today. Among the communities were floods are expected today include Tryon and Saluda, the NWS reports.

Two inches of rain have already fallen since 6 a.m. this morning, with another 1 to 2 inches expected.

The warning follows a flash flood watch the agency issued for Polk County and other parts of the region, which remains in effect through Thursday morning. The watch was issued following the heavy rain that poured into the region Monday, when a tree fell on a WYFF News 4 vehicle on storm-battered U.S. 176 — where Tryon’s Patricia Case died after her home was struck by a mudslide on May 18 — killing anchor Mike McCormick and photojournalist Aaron Smeltzer.

In addition to flash flooding of creeks and streams, additional landslides are also possible this week. Those living on mountainsides or living at the base of mountains should be ready to leave in the event of rising waters, while those considering travel on mountain roads are asked to postpone such trips until after the watch has expired. 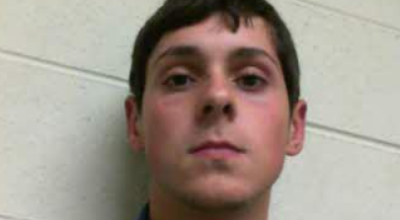 Schools will open next month