Polk manager proposing no tax increases for next year’s budget

COLUMBUS —Polk County commissioners have a draft budget in hand after the county manager presented his recommendations last week, which includes no property tax increases.

Polk County Manager Marche Pittman is recommending no property tax hikes for the county’s general fund next year, although the fire departments of Tryon, Green Creek and Mill Spring are requesting increases next fiscal year. 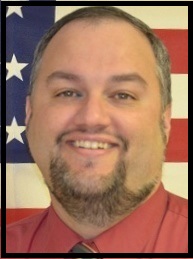 One large item included in next year’s budget is the one-time funding of Polk County’s After School program.

“The budget includes approximately $280,000 to fund the program for one year (without a tax increase), allowing them time to seek out additional grants,” Pittman told commissioners. “Consideration can be given in future years, if no source of grants are found, but could require an increase on the tax rate.”

The draft budget is for a total of $29.67 million with the tax rate remaining the same as this year at 52.94 cents per $100 of property valuation.

The proposed budget, as the practice has been the last several years, uses fund balance to pay for one-time capital expenses.

The county also plans to purchase a CAD server, 24/7 chairs, workstations, monitors, stands and keyboards for 911 communication, but those purchases will be paid for out of state allocated 911 surcharge funds and will not impact the county’s general fund.

Funding for transportation and department of social services are partially reimbursed by state and/or federal funds.

Personnel changes next year are proposed to include one new deputy for the sheriff’s office, an increased as needed position for animal control, increased part-time hours for tourism, a full-time foster care worker and added part-time money for DSS.

Polk County is also proposing to transfer $150,000 to capital reserve for future dam repairs, which will bring the total saved to approximately $1.05 million.

Commissioners are scheduled to approve the new budget on June 18.

Tapping into some new adventures