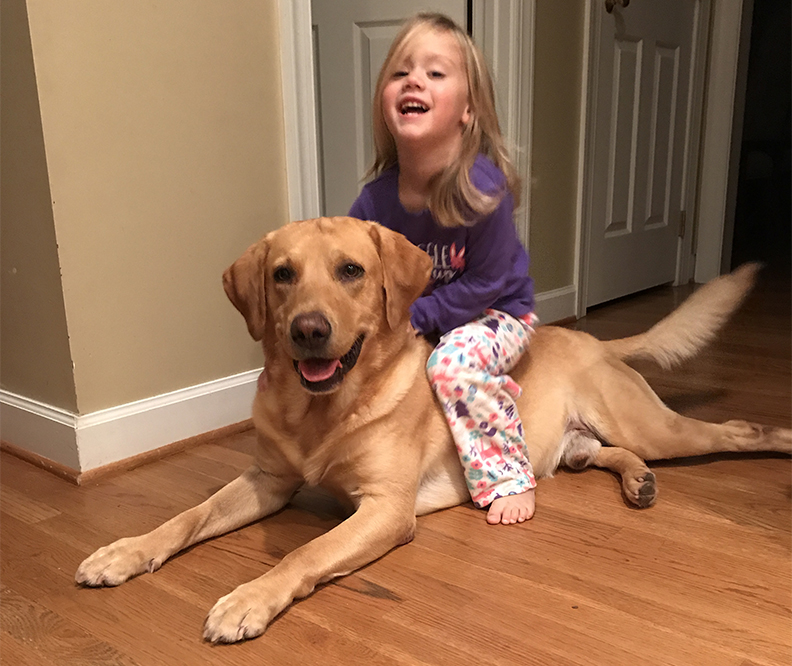 My wife and I cannot imagine a house without a dog.

Seven years ago, we bought our first dogs (Hank and Sage), and quickly realized they are a lot of work, tend to make a mess and are occasionally obedient.

Five months after our dogs showed up, our son entered the world, and we soon realized that puppies were great training for babies. Like puppies, babies are a lot of work, tend to make a mess and are occasionally obedient.

Now, first off, I am not comparing my dogs to humans. You will never hear me call my dogs my “babies,” “fur babies,” “furry kids,” or any other anthropomorphism.

Dogs have enough noble traits to be proud of being just “dogs.” Trying to make them more human only makes the owner happier while the dog is wondering why he is wearing a coat.

Moving on, when Hank and Sage were puppies, it was a rainy time in our area. Lots of rain meant lots of puddles, and trying to keep retrievers out of puddles is impossible. While puppies playing in puddles is a joy to watch, the bacteria they can ingest can lead to a messy aftermath.

Our pups contracted giardia, and for two weeks they would bark in the middle of the night to let me know it was time to go outside. Trudging out of bed in my pajamas, I would walk outside with the dogs while they searched for the perfect tree or bush.

Hank is picky. I think he has nightmares of answering nature’s call in a parking lot with no grass or bushes.

Sage is not picky. He just goes where Hank goes.

Our dogs were also great at making messes. On top of dealing with the constant shedding of retrievers, there is the prey drive that gets them into trouble.

Our house is surrounded by big trees and flying squirrels. The squirrels decided to take up residence in our house when the weather got cold.

The dogs, hearing things in the walls, decided it was their job to get the intruders. When I walked downstairs one morning, I found two holes in the sheet rock and two dogs looking for praise for their job well done.

Obedience school is a rite of passage for any dog owner. We worked with our dogs every day, but decided we needed to go to a class to up the distraction level.

One of the main goals of the class was the “sit for greeting.” Both pups had issues with this task.

Sage would sit for the greeting, but when the opportunity came, he would greet the person with a jump and a lick.

Hank, on the other hand, would not sit. If he sees someone walking towards him, he thinks that the person is in immediate need of “Lab immersion therapy.” For hours we worked outside of class on this task, and when the test day came we expected to get sent back for remedial work.

Surprisingly though, during the test, none of the proctors were licked or jumped on by our dogs, and we graduated.

The five months of puppy training could have easily been called “parent training.” Interrupted sleep, messes and occasional obedience were already common place in our household. So, when the kids woke up in the middle of the night with a knocked over bookshelf, we were prepared.

And when we went in public as a family, knowing how our kids are capable of acting like possessed maniacs, our fears were relieved when they responded with “yes sirs” and “no ma’ams”.

Parents and pet owners both live knowing that the wellbeing of others depends on them. Both also know the joy of snuggling on the couch or floor that makes up for all of the work, messes and disobedience that preceded.

Tales of the Hunts: Worms