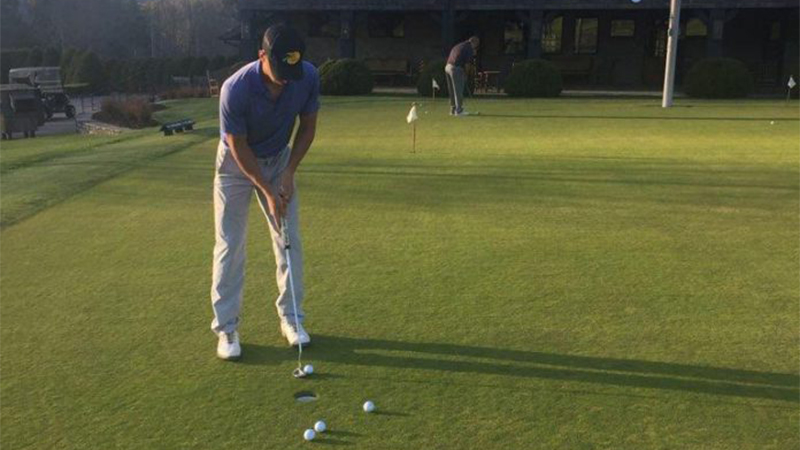 Polk County’s Dillon Overholt warms up Tuesday prior to the start of 1A West Regional play. (Photo by Pat McCool)

Polk County High senior Dillon Overholt earned a spot in the state 1A golf tournament with his finish Tuesday in the 1A West Regional tourney at Linville Golf Club.

Overholt fired a round of 87 to finish sixth overall and earn one of the state qualifying spots available at the regional. The state tournament is set for next Monday and Tuesday at Foxfire Golf and Resort in Foxfire Village.

Polk County’s Hunter Lynch had a score of 109 for the day.

“Last night we figured that 85 would get you to State. The greens remained fast and Dillon continued to play smart, staying away from big numbers.”

Overholt had a scare on the final hole when his tee shot landed in a fairway bunker and plugged. His shot out of the bad lie wound up next to a tree trunk, leaving him with no option but to bounce the ball off the trunk to gain some space.

Needing to avoid a big number to qualify, Overholt calmly finished the hole with a double bogey, good enough to earn his state trip.

Overholt is the first Polk County golfer to qualify for the state tournament since Will Ballard placed ninth in the 2A state tourney in 2014.

Pierce Robinson, of Thomas Jefferson, took medalist honors with an 80, followed by Hayesville’s Dalton Whitaker with an 81 and Josh Cottrell with an 83.

Hayesville won the 1A West Regional team title with a score of 350, topping Thomas Jefferson by 44 shots. 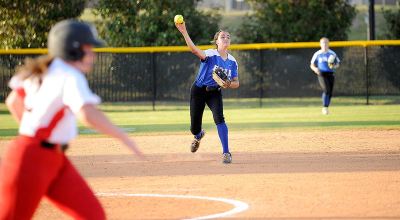 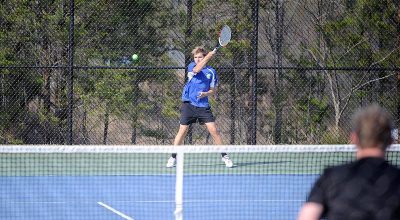