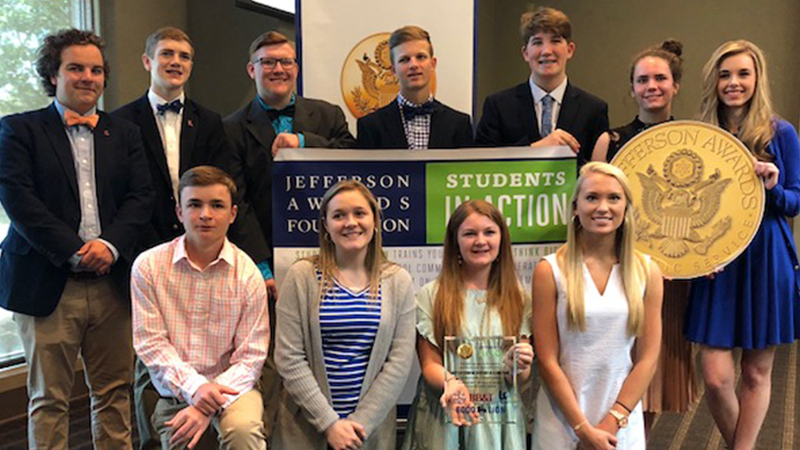 The Landrum High School Students In Action team received the highest honor given in the Upstate Celebration of Service, winning the Jefferson Awards Gold Banner and being named the number one high school in the upstate for service projects impacting the school and community.

Landrum students competed against four other upstate high schools for the honor.

Each South Carolina Jefferson Awards region (Pee Dee, Lowcountry, Grand Strand and Midlands) will announce their regional winners, from which their written applications are reevaluated and scored by a new panel of judges. Those scores are combined with the presentation scores, and the South Carolina state winner is expected to be announced next week.

The state winner will go on to compete at the national competition held in Washington, D.C., in June 2018.

With the goal of cultivating the next generation of leaders throughout the country, the Jefferson Awards Foundation began a youth development initiative called Students In Action. Students In Action serves as the foundation’s flagship youth service leadership program, and is active in over 400 high schools across the country, more than 40 of which are located in South Carolina.