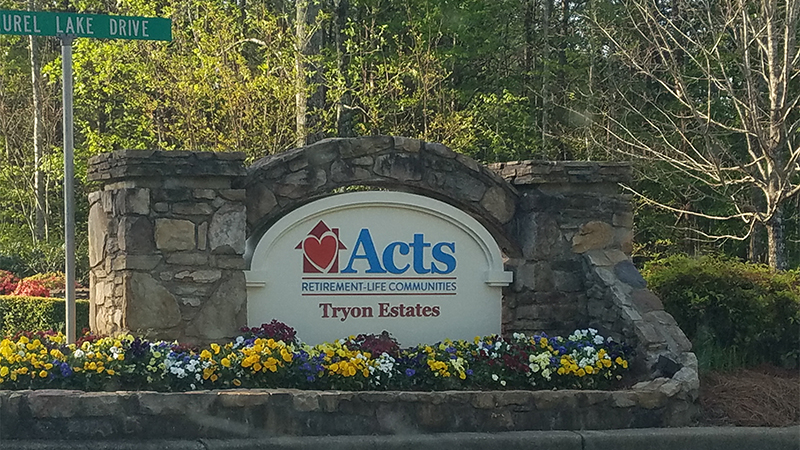 The Town of Columbus agreed to pay ACTS Corporation (Tryon Estates) $947,813 to settle a lawsuit that began in 2011, when Tryon Estates sued the town, claiming the way the town charged the retirement community for water and sewer rates was unfair. (Photo by Leah Justice/Tryon Daily Bulletin)

COLUMBUS — The town of Columbus is out almost $1 million, following a lawsuit settlement with Tryon Estates over water rates.

The settlement was for the town to pay ACTS Corporation, which owns Tryon Estates, a total of $947,813.

Columbus water and sewer customers will likely see rate increases to cover the cost of the settlement.

The lawsuit against the town was originally filed in February 2011, with ACTS claiming that Columbus treats Tryon Estates as having 274 individual water meters, when it actually has six meters and should be considered a commercial customer.

Columbus Town Manager Tim Barth said the lawsuit was settled through lawyer mediation outside of the court system after competing court rulings occurred.

“The town properly billed ACTS for water and sewer services under North Carolina law, which they claimed were unfair.” Barth said. “The town defended the claims of ACTS in a trial where ACTS prevailed, but the ruling was appealed by the town and then heard at the North Carolina Court of Appeals, where the town prevailed.”

Barth said the North Carolina Supreme Court was set to decide the issues once and for all, but town council, after much consideration, decided to resolve the matter through a settlement agreement for considerably less money, if the supreme court had ruled in favor of ACTS.

The town would have risked and additional $500,000 if the court had ruled in ACTS’ favor, Barth said.

“Council determined that it was not prudent to risk an additional $500,000 given the uncertainty of litigation and the competing decisions of the courts to this point,” Barth said.

Barth also said the town remains in sound financial condition, and the council will continue to make decisions it believes necessary to be stewards of public funds.

“Due to this lawsuit, and its unexpected hardship on the town’s limited budget, there may be an increase in water and sewer rates to recover the cost of the settlement,” Barth said.

Over the past seven years, the town and Tryon Estates have been back and forth in court proceedings regarding the lawsuit.

In the original lawsuit, ACTS claimed that the retirement facility should be treated as a commercial facility, but the town treated it as far as water and sewer charges as if it had 274 separate, but fictional water meters.

“In this way, the town has manufactured 274 fictional residential water and sewer customers in order to prevent the retirement facility from realizing the benefits of the commercial bulk water and sewer rates for the volume of water actually traveling through its six water meters,” stated the lawsuit.

The town said Columbus’ rates fall into the medium to lower rate category when compared to other utilities of similar size in the state, and that the town’s rates were fair and reasonable.

The Columbus Town Council approved a budget amendment last week from its fund balance to account for the payment to ACTS.