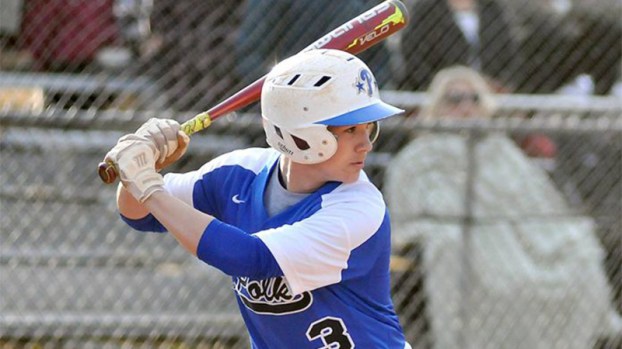 Evan Rimer finished 1-for-3 with an RBI and run scored in the Wolverines’ 13-0 win at East Henderson. (Submitted by PolkSports.com)

Capozzi’s 5-for-5 night broke the school record of four hits in a game shared by multiple hitters. He added a stolen base and scored three runs.

Tyler Harris earned the win for the Wolverines, allowing just one hit and striking out eight in the six-inning complete game.

Polk County (13-2) broke open the game in the third inning, scoring five runs. Evan Rimer doubled to open the inning, with Capozzi reaching on a bunt single. Owens followed with a double to center to drive in Rimer, and a walk to Cedric Pickett loaded the bases.

Capozzi scored on a passed ball, and Harris drove in Owens on a sacrifice fly. Kaleb Kropp laced an RBI double and later scored on an Avery Edwards grounder for a 5-0 Wolverine lead.

Owens cracked his sixth home run of the season — and his third straight game with a homer — in the fourth, a two-run shot, to make it 7-0. Polk County then added six runs in the sixth, the highlights of the inning being RBI singles by Owens and Chris Phipps.

Owens finished 3-for-4 with four RBIs, and Kropp was 2-for-4 with an RBI for Polk County.

The Wolverines are on the road on Friday, traveling to Mitchell for a key Western Highlands Conference meeting.

Dillon Overholt fired a 79 Monday to lead Polk County to an easy win over Mountain Heritage in a dual... read more