Landrum asks for input on location of proposed railroad museum 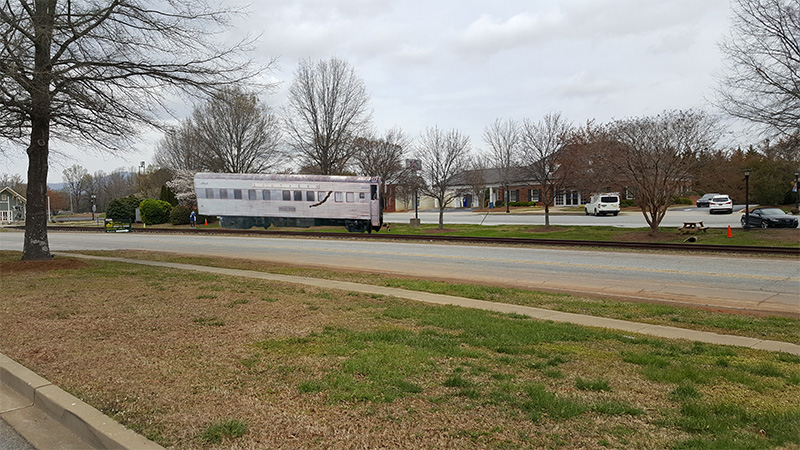 The Landrum City Council is looking at computer-generated pictures of three options for the location of the proposed rail car museum. (Photos submitted by the city of Landrum)

The Landrum City Council will decide the location for the museum during Tuesday’s meeting, and wants to know what citizens think.

Fred Ruehl has created renderings of the rail car superimposed on pictures of downtown Landrum to give people an idea of how the museum would look in different locations. The city council members are considering three different locations along North Trade Street. 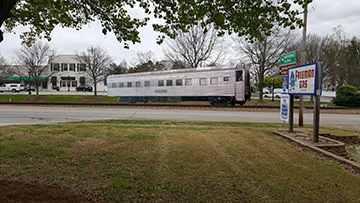 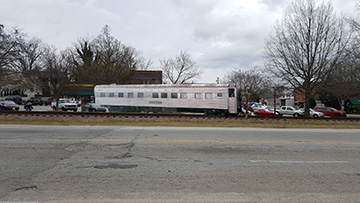 • On one end near Rutherford Avenue

• On the opposite end near the depot

The rail car is a Pullman sleeper. It is 85 feet long, 10 feet wide and 13 feet tall. Caplan said the car is being donated to the city, and Landrum only has to pay for the shipping.

Southern Railway will not allow the museum to sit on the existing tracks, as they still own that property.

“The town will build a concrete platform with two tracks laid in for the car to sit on,” said Caplan, who explained they were working out the logistics of shipping the rail car and getting the permits.

“It would be different if we could transport it by railway,” he said. “We’ll have to get cranes to lift it into place.”

The museum will contain railroad memorabilia and information about Landrum’s history. The city council is asking for volunteers who have railroad or museum knowledge or experience to consider serving on an interim board to help set up the museum.

Caplan said they hope to ship the car within the next 90 days. It will take some time to refurbish the interior and set it up as a museum before they can open it to the public.

Anyone who wishes to donate railroad memorabilia, serve on the museum board or voice an opinion about the location for the museum is asked to contact a Landrum City Council representative.