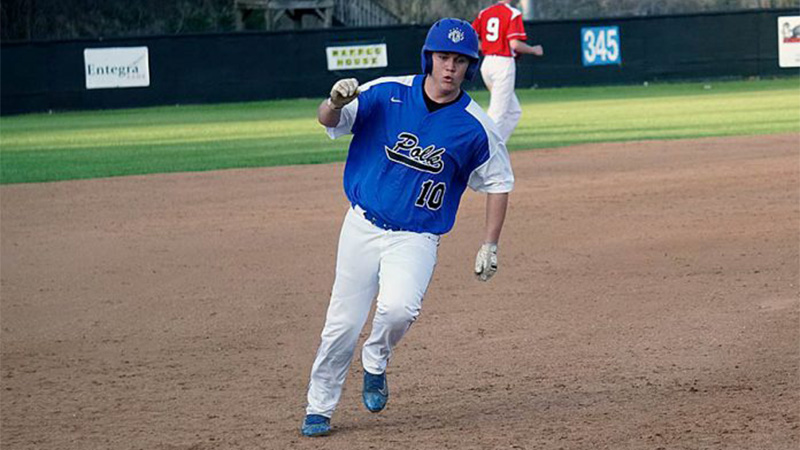 The Wolverines racked up runs in just that manner, handing Hendersonville a 20-0 five-inning setback in a nonconference matchup at The Bottoms at PCHS.

Holden Owens’ fifth home run of the season, a two-run blast in the first inning, proved all the runs that Polk County (12-2) would need to back starter Avery Edwards (5-0). The junior scattered four hits in extending his scoreless innings streak to 16 and pitching his third straight shutout, the three shutouts matching a school single-season record set in 2001 by Jordan Edwards.

“Holden’s home run in the first inning was all we needed with Avery’s effort on the mound,” said Polk County head coach Billy Alm. “When Holden hits one of those we become enthusiastic as a team.”

Hendersonville (0-11) had its best chance to score in the first inning as John Wilson laced a two-out double and Brock Ramey reached on an error. But Edwards got a strikeout to end the inning, and the Wolverines’ offensive explosion soon began.

Following a one-out walk to Nick Capozzi, Owens drilled a 2-0 pitch over the right-field fence in the bottom of the first to make it 2-0, and the Wolverines grew efficient from there on. Polk scored four runs in the second inning without hitting a ball out of the infield, added six in the third on six hits and then posted eight in the fourth with just one hit.

“We made the most of our opportunities,” Alm said.

Owens finished 2-for-3 with four RBIs, with Evan Rimer going 1-for-3 with three RBIs and Grayson Jones going 2-for-2 and scoring twice. Chris Phipps and Edwards each had two RBIs for the Wolverines.

Joel Christner singled in both of his at-bats to lead Hendersonville.

Polk County now gets a seven-day break before traveling to East Henderson on April 11.