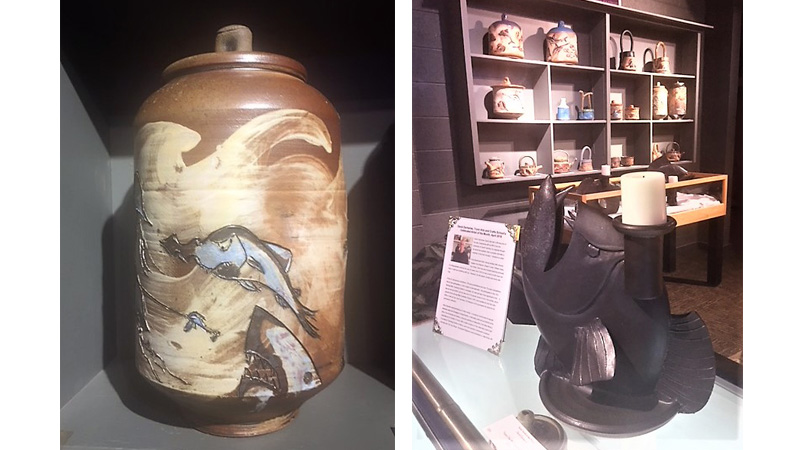 Local artist David Zacharias will be showcasing his “Angry Fish” collection of pottery during his exhibit this month at the Tryon Arts and Crafts School. (Photos submitted by Cathy Jewell Fischer)

David Zacharias (Zach) has been named the Tryon Arts and Crafts School’s Artist of the Month.

His pottery creations may be seen during the month of April in the gallery of Tryon Arts & Crafts School, at 373 Harmon Field Road, Tryon. Hours are Monday through Friday from 9 a.m. to 5 p.m. and Saturdays from 9 a.m. to 1 p.m.

Zach has had a lifelong love of the arts. Graduating with a master’s degree in fine arts from the University of South Carolina, he originally thought he would be a painter, then a sculptor and later a ceramist. In the end, he says, “I became an artist.” 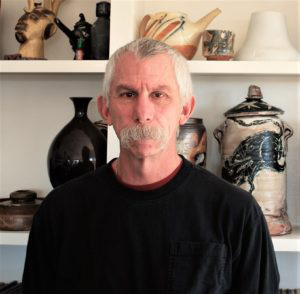 As professional artist, having studied with ceramic masters Ron Meyers, Robert Turner, William Daley, Don Reitz, Zach has also enjoyed teaching all levels of undergraduate ceramics for over 30 years. However, he still paints, sculpts and works with clay.

Of the 23 one-person exhibitions, 100 group exhibitions and over 70 juried competitions that he has participated in, from locally to internationally, his participation in the 1972 Springs Mills Traveling Exhibit in Lancaster, South Carolina was perhaps most significant to him.  It was an annual exhibit, and his was one of 30 pieces chosen to be in the exhibit, which opened at the Springs Mills Exhibition Space in New York City and traveled all over the United States.

When it was over, the Columbus, Georgia, Museum of Art purchased his piece for its permanent collection.

Zach has provided his “Angry Fish” collection for display at TACS this month, which includes candleholders, jars, teapots, tea bowls, baskets and a candleholder with lantern. The theme comes from Zach’s concern over the overharvesting of wild fish.

If you’d like to meet Zach personally and hear more about his work, he will be at the opening of the Twisted Sisters Show on Friday evening at TACS for a meet and greet.

WEG, TIEC have already drug the area down