Tales of the Hunts: Worms 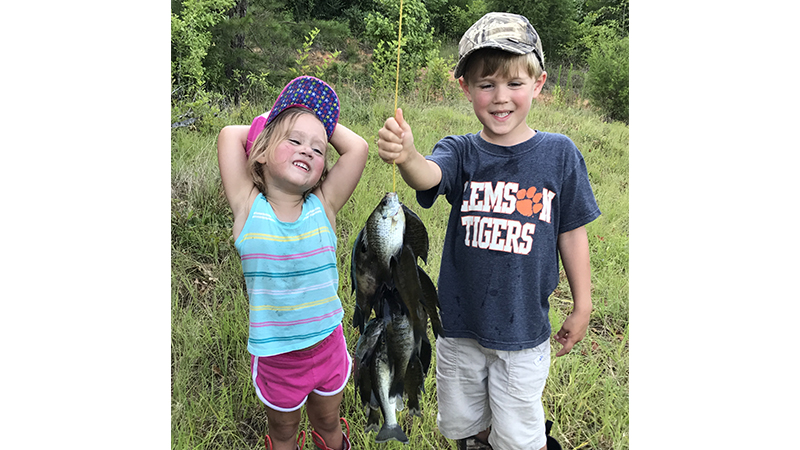 Walking into the garage, my son asks an interesting question.

“Yes! I love the sour ones”, he says, while my daughter chimes in that she wants to hold the real ones.

On any given spring weekend, there is a good chance that my family has worms: red wrigglers for the fish and gummy worms for the kids.

Worms are nature’s French fries. For the most part, if any animal sees a worm, they will eat it. Submerged worms are an irresistible treat for trout, bass, panfish and even some spring breakers in Mexico.

Kids enjoy finding worms because it involves getting a shovel, tearing up the ground and playing with slimy things. They are naturally interested in worms.

When I take children fishing for the first time, they always want to hold a worm, unless they have been conditioned to think it is “icky.”

When you find worms, you put them in a bucket with some moist soil. This bucket serves two purposes when fishing: it keeps the worms in one place and entertains the kids.

Usually, when I start to set up the ninja turtle and princess fishing rods, I’ll see my kids squatting next to the bucket taking inventory of our bait.

My son is a “numbers” kid. He tries to count them and then keep tabs of how many we have left.

My daughter usually looks for the prettiest one and names it.

Now, I know that you are not supposed to name an animal that is set for slaughter, but my daughter has no problem picking up one of her named worms for the hook. When I ask for a worm I usually get a response like, “Daddy this is Olaf, he likes warm hugs and fish.”

After baiting the hook and casting the bobber out, I’ll hand the rod to one of the kids. As their attention span lasts about as long as it takes the ripples from the bobber’s splash to disappear, they tend to miss the strikes.

If a few minutes go by and there is no action, my son will state, “I think I am fishing on credit now.” This concept of “fishing on credit” was taught to me by my uncle to describe fishing an un-baited hook. Maybe he will learn a life lesson about finances from fishing.

Because we fish in target rich environments that allow little down time for the kids to get bored, our worm bucket quickly gets lighter and our stringer heavier. At some points, the trip feels like a whirlwind and, before we know it, all of the named worms have been turned to fish food and my son lets me know we used the last worm.

While picking up all of our gear and fish, the kids sit on the tailgate of the truck in the setting sun drinking their juice boxes and polishing off the last gummy worms. Taking a seat beside them, I look at the scene around me and am thankful.

It is springtime, and our family has worms.

Philip Hunt, DMD, is an avid outdoorsman who enjoys spending time afield with his wife, two kids and two dogs any chance he gets. He can be reached at twodogoutdoors@gmail.com or follow him on Instagram @twodogoutdoors