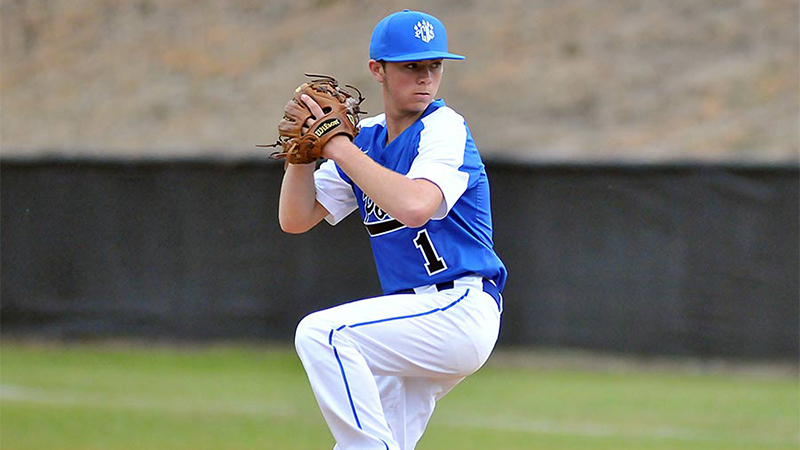 Polk County baseball coach Billy Alm found one positive in a 10-0 loss last Wednesday at West Henderson – the Wolverines had a chance less than 24 hours away to rebound from it.

Polk County did just that Thursday, concluding a season sweep of 1A conference foe Avery with a 13-3, five-inning victory in a Western Highlands Conference matchup at The Bottoms at PCHS.

Holden Owens’ three-run homer in the bottom of the fifth ended the game and kept Polk County (11-2, 9-0) unbeaten in league play. The Wolverines are now three games clear in the loss column of Mountain Heritage and Mitchell, both 4-3 in league play, and Madison, who sits at 3-3.

Avery (0-10, 0-8) made the night easier for Polk County batters with 11 walks and a hit batter. The Vikings, though, did jump to a 2-0 lead in the second inning, stringing together two walks, an error and a base hit.

But the Wolverines responded with eight runs in their half of the inning to seize command. Two walks sandwiched around a Tyler Harris double loaded the bases, with walks to Elijah Sutton and Grayson Jones forcing in two runs. Avery Edwards cleared the bases with a double into the gap in right-center and, after a walk to Clark Phipps, Owens smashed a double off the wall in left to drive in Edwards and Phipps.

Harris singled with two outs to plate Owens and make it 8-2, Polk.

The Wolverines added two runs in the fourth inning without a hit before closing out the game in the fifth as Jones walked and Edwards reached on an error before Owens hammered a two-out line drive to right field that sailed over the 345-foot sign.

Polk County were back in action on Tuesday, hosting Hendersonville.