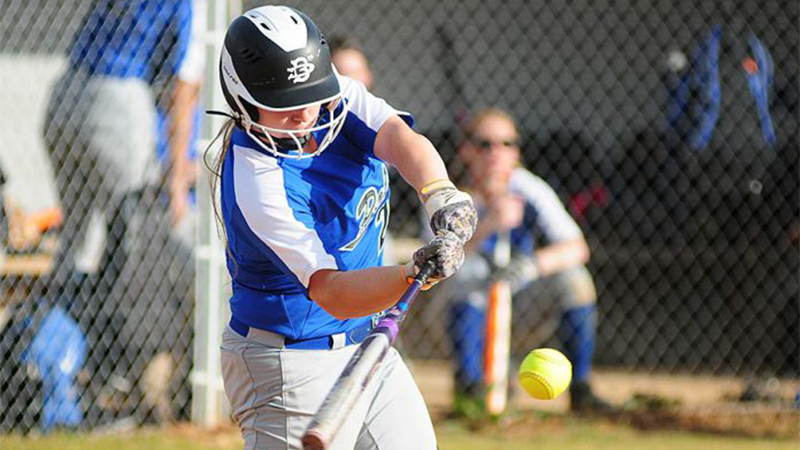 Polk County’s softball team knew Wednesday that head coach Jamie Thompson could use something to brighten an otherwise dark day.

So, the Wolverines delivered a 7-2 home win over Erwin, picking up their first nonconference win of the season and their third straight victory.

Polk County (7-4) continued their recent run of offensive prowess, pushing across six runs in the second inning to take command of the game and drop Erwin to 2-9 this season.

“We’ve been having some big innings,” Thompson said. “We had a six-spot (at Avery on Tuesday), an 11-spot and a five-spot.

“We left some runners on base today early, which is a problem. But they did too, a bit. That’s been the story for us. Haley (Fowler) has been spreading hits out when she gives them up and we’ve made the plays when we’ve needed to make them.”

Fowler said the Wolverines were motivated to win the game after Thompson endured a minor automobile accident earlier in the day.

“Coach Thompson really needed this win and was happy with the outcome because he had a bad day and backed his car into his truck and was angry all day,” Fowler said.

Motivated, and perhaps a bit mischievous.

Also of note during the game was the first career hit for Polk County’s Hannah Jenne, a solid line drive up the middle in the fifth inning that helped the Wolverines add their final run.

“She’s been working her butt off hitting, hitting and hitting,” said Thompson of Jenne, who won the state 1A doubles championship last fall. “She puts the bat on the ball every time. I’m proud of her for her effort.”

Polk County pushed across their first two runs in the second inning on a bases-loaded walk to Ansley Lynch and a Fowler single. An Avery error on Autumn Owen’s two-out fly ball to right allowed two more runs to score, and Karli Wood followed with a single to right-center to drive in another two runs and give Polk a 6-0 lead.

Allie Thompson’s two-out single in the fifth drove in Anna McFadden, running for Jenne, with the final run for the Wolverines.

“Our goal going into this week was to come out at 8-4,” Thompson said. “We have one more game to do that.”