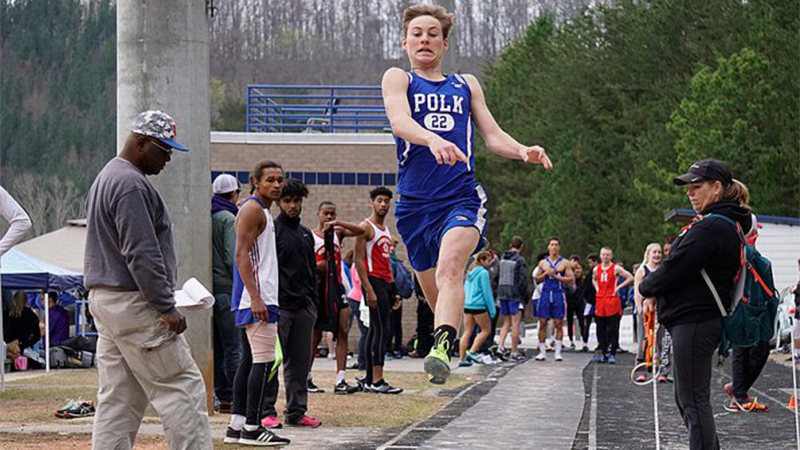 Justice set a school record in the long jump and won the 100 meters and 200 meters Wednesday, as the Wolverine track and field teams won a four-team meet in G.M. Tennant Stadium.

Justice’s long jump and 200-meter time of 23.44 are the best in the state this spring among 1A athletes.

• Reagan Waddell won both the shot put and discus

• Freshman Marissa Twitty won the long jump with a mark of 16-6, qualifying her for the 1A West Regional, and the 400-meter dash

• Ansley Lynch dashed up from the softball field and placed second in the 200 meters with a time of 28.45, less than a second off the regional qualifying time

• Wyatt Derkach ran a qualifying time of 53.60 to place second in the 400-meter dash