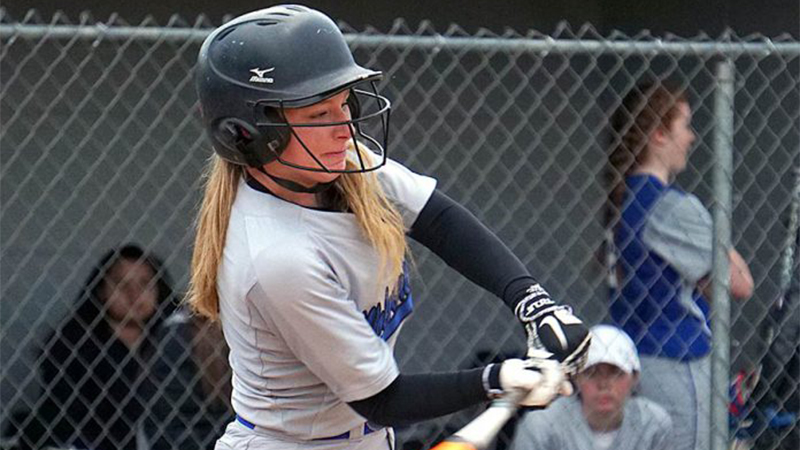 Polk County’s Ansley Lynch had one of three Wolverines homers in Tuesday’s win at Avery. (Photo submitted by PolkSports.com)

Polk County cranked up its offense — and a few homers — Tuesday.

The Wolverines smashed three home runs en route to a 16-2 rout of Avery in a Western Highlands Conference softball clash in Newland.

The two teams are scheduled to meet again Thursday at Polk County.

Wood and Emory hit back-to-back homers in the third inning to highlight an 11-run outburst. Polk County sent 15 batters to the plate in the inning and every player in the lineup scored at least once.

Lynch had a grand slam as part of Polk County’s five-run fourth inning.