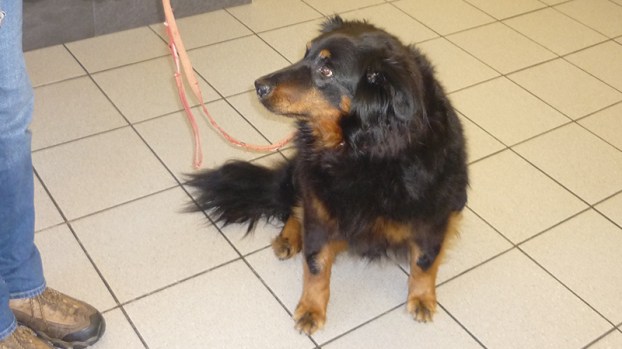 Special Cases: The other side of the coin

Every once in a while, instead of telling a tale, I let my mind wander.

Where my kids (the animals) are concerned, there are just too many problems and unfortunately, no definite solution for all of them. As I’ve said many times before, “just too many wounds and not enough Band-Aids.”

An 8-year-old Pit-bull ate 2 pounds of rat poison, and can I help. The answer was no.

I’ve had other cases that were similar, the dog always suffers and I couldn’t save them. If what’s in my heart could save them, no dog would ever be in pain, but I must use my head also.

I try my best to educate so that situations such as the poor pit that ate the poison and others like him will not find themselves in dangerous places. Just like with children, we cannot keep them from all mishaps, but it is up to us to keep their areas as safe as possible.

All I can do is save the ones I can, ask the Lord to send me angels when I need help and then leave the rest to him.

I met Louis, a sweet 8-year-old Aussie Shepherd who was having seizures, two weeks ago. This sweet girl stole my heart, as she leaned into me for attention. She had recently received a 4-in-1 shot, and began seizing shortly afterwards.

My dear friend Angel Mitchell at Bonnie Brae was treating her for meningitis, which was helping somewhat, but the seizures persisted.

The fee to send Louis to the Upstate Vet Specialists in Greenville for an MRI would be $2,500, and could I help. A promise was made that they would raise money to help replenish Lennie’s Fund.

I spoke with the specialists at Upstate, and they agreed to take Louis and bill me later, a privilege that took me years to earn.

A few days ago, I learned that the MRI revealed a massive brain tumor in Louis, and she was sent back to be humanely put to rest.

I was seriously considering not writing a story this week because of a failure to save a life, but then I decided to once again share how decisions are made and why.

I wish they all could turn out in a good light with smiles all around, but unfortunately the Good Lord only lends them to us.

I ask the same thing of all of you that I ask of Him, “Please help me to help them.”

Leonard Rizzo, of Columbus, is the founder of the nonprofit Foothills animal support organization Lennie’s Fund, and is the author of “A Voice in the Hills.”

Special Cases: Putting the pieces together

Often, when I speak of the kids I’m helping, it doesn’t end when I say “thanks for listening.” I’ve had... read more