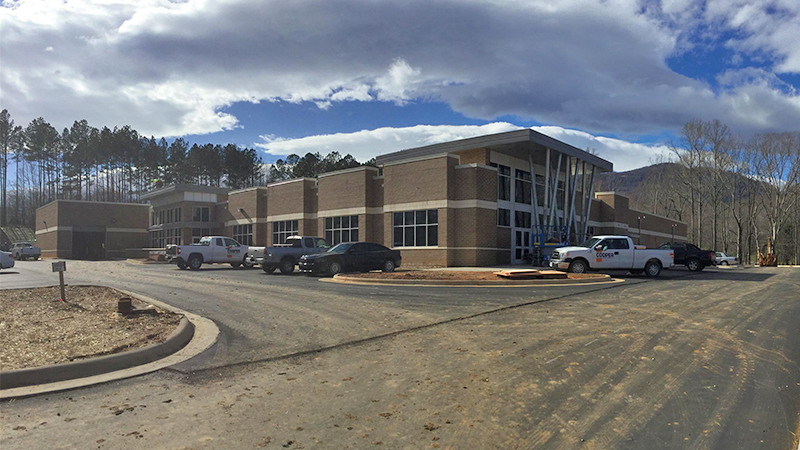 COLUMBUS — Construction on Polk County’s new law enforcement center is on track to be complete this month, with Moseley Architects reporting that construction was 98 percent complete as of last week.

The Polk County Board of Commissioners met March 19 and heard from Paul Luzier, with Moseley Architects.

Luzier said the contractor has made a lot of good progress over the last month, and is still scheduled to be complete at the end of March. State inspections were expected to be complete this week.

Furniture still has to be installed, as well as final inspections, general clean up and punch list items.

The county expects a month or so until officially moving the jail and sheriff’s office into the new building.

Construction on the new law enforcement facility began in December 2016 and was originally expected to take one year. Delays have occurred mainly from weather.

Polk County took out a $13.5 million loan to construct the new law enforcement center, which will be a 60-bed facility, compared to the current jail, constructed in the 1970s, which is a 25-bed facility. The county enacted a 2-cent tax increase last fiscal year in order to pay for the debt service on the new law enforcement center. Another 2-cent tax increase was expected for this year’s budget, but commissioners were able to approve a budget without another tax increase.

The county purchased 19.19 acres of property adjacent to the Milliken plant just outside Columbus town limits for $1,950,000, and another 2.6 acres off Park Street for $125,000 for a total land purchase price of $2,075,000 to construct the new law enforcement center. The purchase price included site preparation for the new law enforcement center. Some of the property was purchased for future needs, such as a new courthouse and possible administrative offices.