Something nice, pretty for Landrum kids 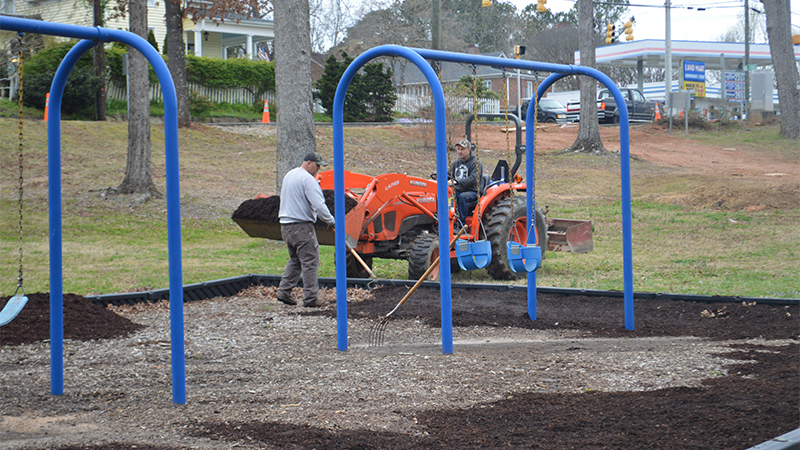 LANDRUM — “We’re making it nice and pretty for the kids,” said Scott Flynn, who works with the city of Landrum.

Capps Brothers Wood Yard donated two tandem dump truck loads of the mulch to be spread around the playground equipment.

In addition to the new mulch, the park is getting new railroad cross ties donated by Henson’s Mulch and More. The 25 cross ties will be used to edge the parking areas.

Other improvements for the park include fixing up and painting the walkway bridges, putting in a new drain and building a new sidewalk along Bomar Avenue.

“They’re doing great things for this park,” said Revie Morris, owner of M&S Contracting. Morris used a tractor to transport the loads of mulch from the parking lot to the playground areas.

“A lot of people use this park,” he said.