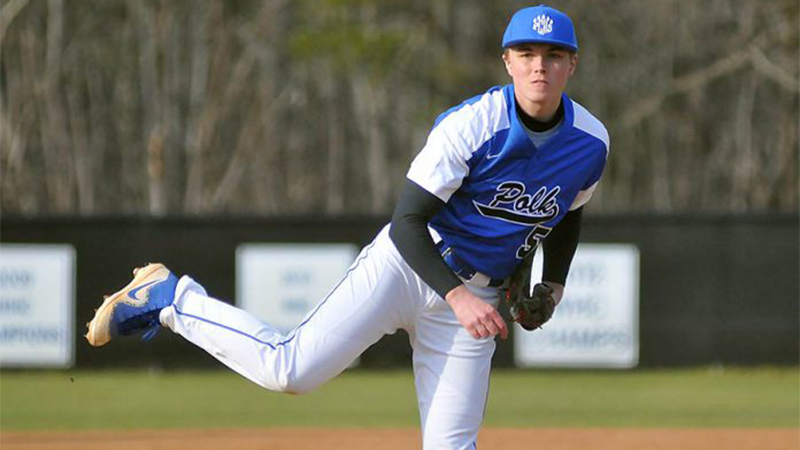 Tyler Harris from Polk County High School and Morgan Smalls from Panther Creek High School have been named recipients of the NCHSAA Performance of the Week awards.

Each week, two athletes in North Carolina High School Athletic Association competition are selected for this award from nominations received from media and school administrators.

Harris closed out the week on the mound against Owen, going 5 and 2/3 innings with nine strikeouts, allowing three hits and a single run in an 11-1 victory. He also went 1-for-3 at the plate with two RBIs in the win.

Smalls, a sophomore on the Catamounts’ track and field squad, led the Catamounts to a team title in the Wake County Championships. She finished first in the long jump, the triple jump and the high jump before anchoring the victorious 4 x 200 relay team.