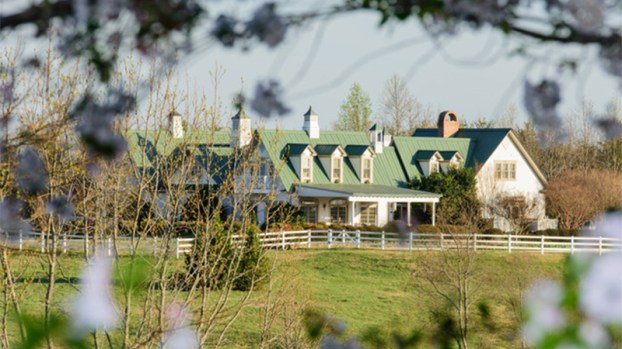 The owners of the award winning Red Horse Inn have recently sold the Inn to their son Christian Wolters. (Photo submitted by the Red Horse Inn)

Correction: A previous version of this story had the incorrect name of the new owner. It has been corrected below.

LANDRUM — The Red Horse Inn is going through some changes.

The Landrum inn has been sold, but is staying in the family. They are opening a wine bar, and plan to enlarge the terrace in order to accommodate larger weddings.

The Red Horse Inn was the dream of Mary and Roger Wolters. They opened in 1996 with two cottages, and began building more cottages and the main inn itself. In January, the Wolters officially sold the inn to their son, Christian Wolters. Christian has worked in and studied the hotel industry. He received a master’s degree in human resources development and management, and an undergrad degree in psychology. Though he will keep the award wining customer service. Christian plans a few changes, including retirement horse boarding run by his fiancée, Chelsea McNeill. (Photo submitted by the Red Horse Inn)

Since 2006, Christian has been learning the hotel industry. He worked for two years at the Red Horse Inn, learning small bed and breakfast operations, then went to Charleston to work at Wild Dunes Resort, owned by Destination Hotels and Resorts. After a few years, he transferred to Stowe Vermont, and worked for one of their hotels in New England.

Christian said, as his parents considered retirement, they talked about whether to sell the inn to an outside buyer or keep it in the family. Apparently, the idea of the property going to someone else, who did not understand the inn and how the Wolters liked to do business, did not sound right.

“We’ve talked about me buying [the inn] for years,” Christian said. “I helped build and run the business. For years, I’ve been ingrained with how this operation works.”

Though he plans to make some changes, Christian said he promises the inn will continue the tradition of treating guests the same way that has won the business the AAA Four Diamond Award for 21 continuous years. The inn has received many other awards and recognitions, including being mentioned as one of “America’s Most Romantic Inns,” by Travel & Leisure; “Best Honeymoon or Anniversary Getaway,” by BedAndBreakfast.com; and Trip Advisor’s Certificate of Excellence Award for four years.

In addition to the wine bar, which just opened in March, and the larger terrace, the Red Horse Inn will soon be offering boarding for retired horses. The horse boarding is the project of Christian’s fiancée, Chelsea McNeill.

The Red Horse Inn has six cottages with kitchens or kitchenettes, and six rooms in the main building. Pets and horses are welcome and, for the foxhunter, the property is located in the middle of Tryon Hounds hunt country. For other riders, the inn is on the Gowensville Equestrian Trail Network.

It is located at 45 Winstons Chase Court, just south of Landrum off Highway 14, only 1 mile from the historic Campbell Covered Bridge. For more information, call 864-909-1575 or visit www.theredhorseinn.com.

While lifestyle factors — such as poor diet, lack of exercise and smoking — are known risks for poor health... read more