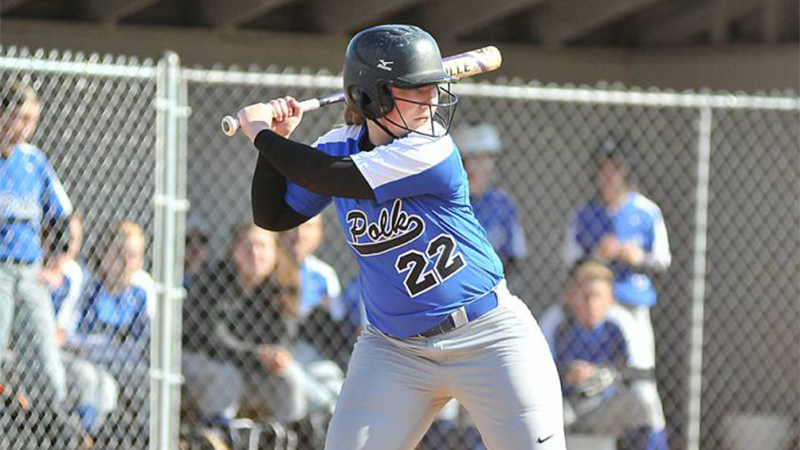 The Wolverines ended on Tuesday a six-game run of frustration against Owen, handing the Warhorses a 5-4 defeat in a Western Highlands Conference softball clash at Polk.

Officials moved the game, originally set for Owen, to Polk on Tuesday afternoon due to weather concerns. The two teams will meet again Friday at Owen for their third and final regular-season matchup of the season.

It was the first loss of the season for Owen (4-1, 3-1). The Wolverines improved to 4-3 overall, 4-2 in conference play and served notice, in the wake of an extra-innings loss to Madison on Friday, that they will be a factor in the conference race.

“It (is) a well-deserved win,” said Polk County head coach Jamie Thompson. “I told the girls before the game that the way we hit the ball, we could beat anybody.”

Owen tallied twice in the top of the first, but Polk County answered with three runs in the bottom of the inning as Ansley Lynch, Maranda Gosnell, Autumn Owen and Hannah Emory all had base hits in the rally.

Owen tied the game with a run in the top of the third, but the Wolverines immediately responded with two runs in the bottom of the inning. Autumn Owen, Emory and Anna McFadden each had hits in the rally to give the Wolverines a 5-3 edge.

Owen added a run in the top of the sixth, but the Warhorses left the bases loaded, three of 12 runners stranded on base during the game against winning pitcher Haley Fowler.

“We played good defense and Haley was a warrior on the mound,” Thompson said.