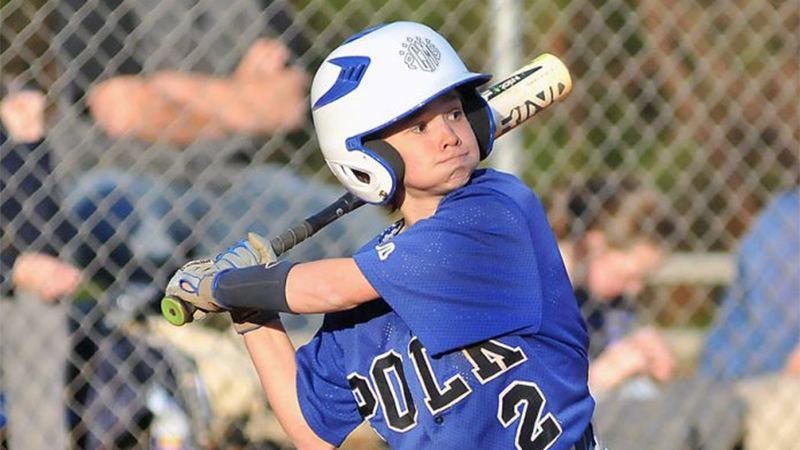 The final four runs that Polk County Middle scored Thursday did not help the Wolverines avoid a defeat, though they made a satisfying statement for first-year head coach Kenny Hall.

Polk Middle dropped a 13-8 decision to Smoky Mountain Middle in Blue Ridge Conference baseball action at Polk County Recreation Complex, a six-run fifth inning allowing the Mustangs to seize command of what had been a tight game to that point.

But the Wolverines (1-1) remained undeterred by the 13-4 deficit that Smoky Moutain’s rally created, responding with a four-run fifth and nearly adding a few more before the Mustangs notched the final out.

“I was proud of the way we came back at the end,” Hall said. “That showed great character to not give up. That’s something I’m really proud of this team for showing.”

Polk Middle’s bottom of the fifth began with walks to Coble Cameron and Angus Weaver. Chan Barber followed with a double to deep center field to drive in both runners and make it 13-6.

Evan Jones’ base hit made it 13-8, but Smoky Mountain escaped without further damage.

Polk Middle scored once in the first inning as Cameron singled to drive home Jones and then added three runs in the third, with Jones lacing a two-run single and Cameron adding another RBI on a base hit.

“We did well,” Hall said. “Smoky Mountain is a very good hitting team, and their starting pitcher being left-handed threw us off for a couple of innings.

“All we can do is come back out and work to keep getting better.”

Jones finished 2-for-4 with three RBIs to lead Polk Middle, with Cameron going 2-for-3 with two RBIs.

Polk Middle will next travel to Macon Middle on Tuesday.