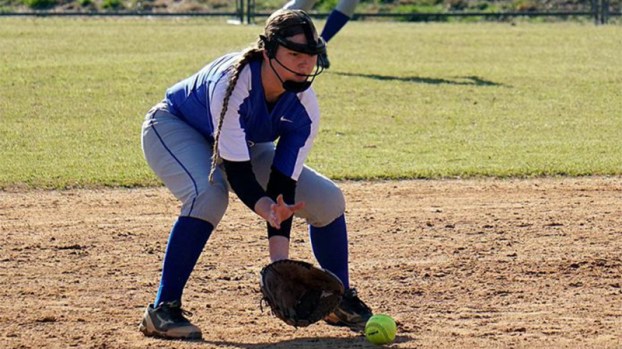 Polk County’s softball team has a found a tried-and-true approach to winning — simply do not let the other team score.

The Wolverines notched their second straight shutout on Tuesday, blanking Mountain Heritage 6-0 in a Western Highlands Conference matchup at Polk.

Senior Haley Fowler struck out six and allowed six hits in handing the Cougars (0-2, 0-1) a loss in their conference opener. Polk County improved to 3-1 overall and in conference play.

The only downside of the day proved the Wolverines’ struggles to get hits with runners on base. Polk County left the bases loaded in the first inning and stranded 10 runners on base in the game.

The Wolverines did push across one run in the first, that on a bases-loaded walk to Autumn Owen, then added two more in the second. Anna McFadden singled with one out, then moved to third on two wild pitches.

After a walk to Ansley Lynch, McFadden scored on Fowler’s grounder to second, and Maranda Gosnell followed with a base hit to drive in Lynch and make it 3-0.

Polk added two more runs in the fourth inning as Gosnell and Owen scored on a Mountain Heritage outfield error. The Wolverines then closed the scoring in the sixth as Owen drilled a fly ball down the right-field line that hit fair and spun away into foul territory.

Owen raced around the bases and slid into home just ahead of the throw from the outfield for an inside-the-park home run.

Owen finished 2-for-2 with two runs and two RBI to lead Polk, with Gosnell adding a 2-for-3 effort with a double. Fowler was 2-for-4, with Lynch and McFadden each going 1-for-2.

Polk’s scoreless streak was challenged on the road, as the Wolverines traveled Thursday to Pisgah, before journeying to Madison on Friday.