‘Swing Into Spring’ in Saluda 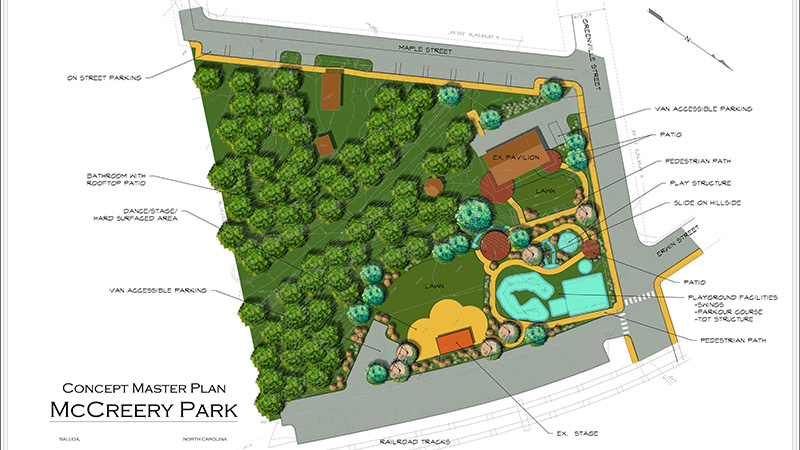 A rendering of the proposed renovations to Saluda’s McCreery Park. (Submitted graphic)

SALUDA — The City of Saluda is hosting a fundraiser for McCreery Park improvements next weekend, where organizers will ask guests to dance through the decades.

Swing Into Spring is scheduled from 11 a.m. to 3 p.m. on Saturday, March 24, at the downtown Saluda park.

Prizes are available for sponsored dancers, including cash and  items donated from local businesses. Snacks, drinks and hot dogs will be available for sale, with proceeds going to benefit the park.

The Swing Into Spring event is the second annual fundraiser for the park. Marion said there will be a raffle, including a two-day stay in Saluda, followed by an adventure at the Gorge Zipline, as well as food gift certificates. Raffle tickets are available at city hall.

The Saluda Parks Committee has been raising money to renovate McCreery Park. A master plan for the improvements was created, with a new swing set ordered and ready to be installed.

A large donor has stepped forward as well, and has pledged to match any donations up to $25,000 for the park.