Landrum Wanderings: All you wanted to know about Irish dancing 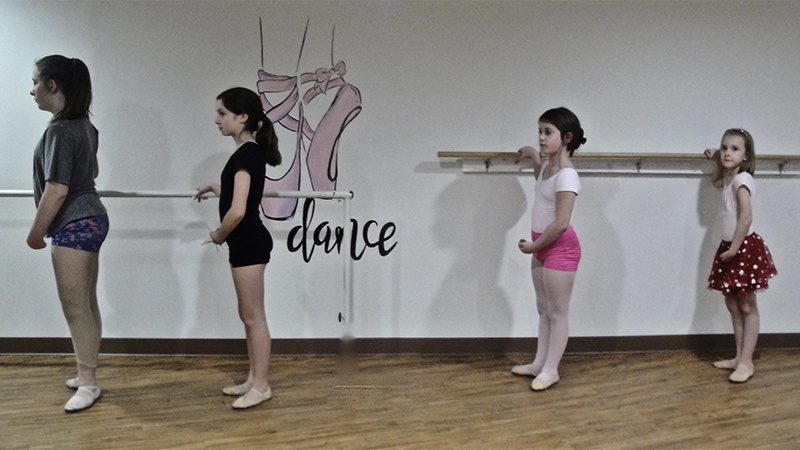 Students with the ballet class at the Realta School of Irish Dance rehearses a number. Pictured are, from left: Brinkley Greene, Amelia Campbell, Ana Sophia Roberson and Leah Gosenell. (Photo by Linda List)

Winter is moving out and spring is moving in. Redbuds are budding, daffodils are sporting their golden trumpets, and those showy, but disparaged, Bradford pears decorate the countryside.

St. Patrick’s Day, or the Feast of Saint Patrick, is an Irish celebration held on March 17, the traditional death date of Saint Patrick, the foremost patron saint of Ireland. It has evolved into a variety of festivals across the globe that celebrate Irish culture. It has us all wearing green, feasting on corned beef and cabbage, and being Irish for a day.

I’ve noticed signs in Landrum advertising Realta School of Irish Dance. I decide that, with this Irish holiday approaching, it would be fun to learn more about the dance school and Irish dancing.

I’m on my way to Inman to meet with Christi Stanton and Megan Blanton. Christi is the enterprising owner of Starmakers and Starkidz in Inman, and Realta in Landrum. Megan is the school’s public relations coordinator.

Upon my arrival, I immediately notice posters proudly announcing state and national awards the dance school has won in competitions.

Christi first began her dance studio in her parents’ garage.

“It was a passion that I had,” she relates. “I started dancing at age 5. I was in pageants as a child, and just loved performing. I knew what children interested in dance needed, because I had been there. I wanted to be a teacher and a mentor. I struggled at first. I was 19 and had five students. I worked three jobs so I could build my business.”

“The mirrors that I hung in my first studio were just the mirrors you buy at Walmart to hang on the back of your door,” she remembers with a laugh.

Today, she has a 10,000 square foot facility in Inman, which houses Starmakers dance studio for dance and tumbling, Star Kidz After School Program, along with her summer camp program, Camp Star Kidz.

We talk about Realta and her venture into Irish dance.

“I’ve been interested in Irish dance for a while, and have been wanting to open a school in Landrum. My daughter moved here, so I became familiar with the town.  We offer ballet as well as Irish dance.”

Realta has been located below some of the Rutherford Street shops, behind Landrum Hardware.

“Our big news is that, in April, we’ll be moving up onto Rutherford. Our address will be 205 E. Rutherford St. It’s the store that recently had paper covering the windows,” Christi tells me enthusiastically. “Several students are preparing for a trip to Ireland in June to dance and take lessons. We’ll fly into Dublin and tour some of the country. None of us have been there before, so it will be exciting for all of us.”

I ask about the dance style.

“It’s a little like clogging, which people here in the south are familiar with,” she explains. “There aren’t many Irish dance schools. We’re associated with Karl Drake, a native of Dublin, Ireland, who has Irish dance schools all over the world, including one in Asheville.”

I’m interested in learning more about the history of this style of dance. My research leads me to the following from the BBC:

“Opinion is divided as to the exact origins of Irish dance. What is certain is that it has been around in some form for centuries, although its early form would be far removed from modern Irish dance. Irish dance has evolved and absorbed influences of new cultures over a long period of time to create hybrid offshoots.”

“Back in the day, the Irish would gather after Sunday church at the main crossroads of their town to dance. Since this took place after church, the girls would have their ‘Sunday best’ hair, which was usually curled. This curly hair has become the trademark of an Irish dancer.”

A website for Claddagh Design describes the different dances:

I’ve always heard about clogging, and I am curious about the differences in the dance styles. Again, I turn to the internet.

Jeff Driggs, editor of the Double Toe Times Clogging Magazine describes it as:

“As the Appalachians were settled in the mid 1700s by the Irish, Scottish, English and Dutch-Germans, the folk dances of each area met and began to combine in an impromptu foot-tapping style, the beginning of clog dancing as we know it today. Accompanied by rousing fiddle and bluegrass music, clogging was a means of personal expression in a land of newfound freedoms.”

I know I would love to see a presentation by the Irish dance students — and I’m in luck.

The dancers will be performing on St. Patricks Day at 5 p.m. by Hare and Hound, and at The Cliffs at Glassy Mountain at 6:30 p.m.

For more information on any of the programs offered by Christi at Realta, Starmakers, or StarKidz, call 864-510-3691 or check the website: info@realtadance.com.