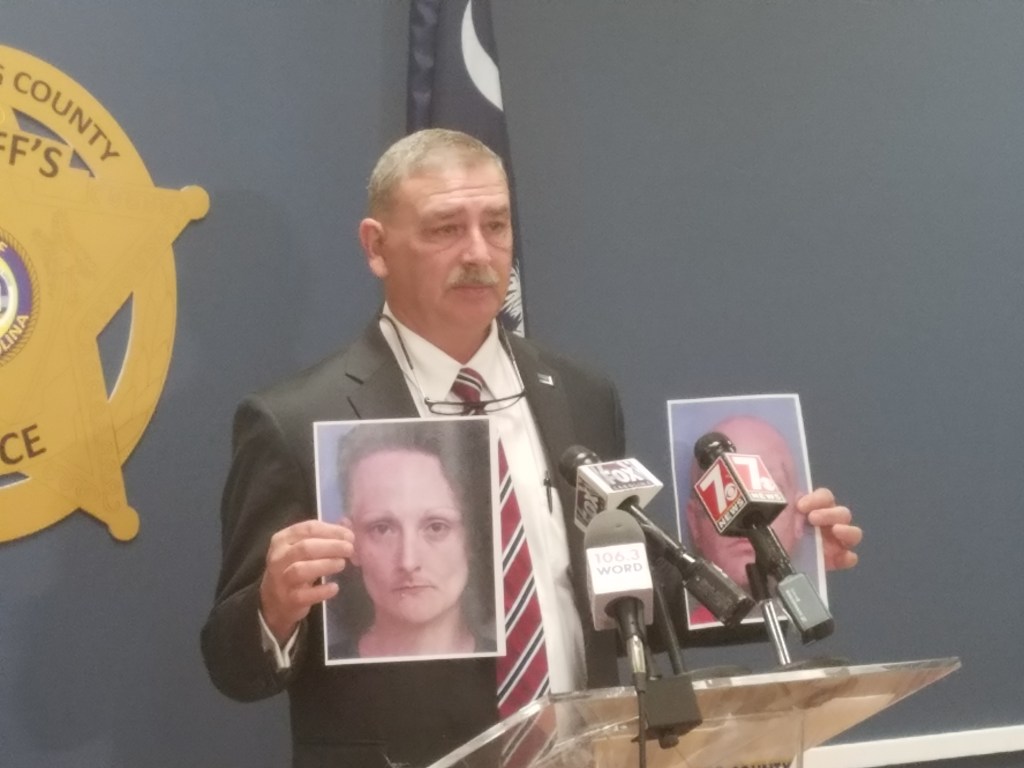 LANDRUM — The Spartanburg County Sheriff’s Office has arrest warrants on two suspects in the recent Landrum triple murder, which a Florida sheriff revealed was committed with a hatchet.

Spartanburg County Sheriff Chuck Wright held a press conference Friday afternoon to announce that Christopher Taylor, 31, and Kristina Sluss, 36, were indicted on murder charges for killing three people in a home on Landrum Mill Road, whose bodies were found on Jan. 20. Taylor and Sluss are charged with three counts of murder, possession of a weapon during the commission of a violent crime and armed robbery, according to the Spartanburg County Sheriff’s Office.

Murdered at the Landrum residence were Nathan Louis Poffenberger, 23, and Francis and Fred Richards, both 59, all of Landrum.

Taylor and Sluss are currently in jail in Polk County, Florida, on other murder charges. Taylor is accused of beating a homeless man, John Bowling, to death with a frying pan and a baseball bat. 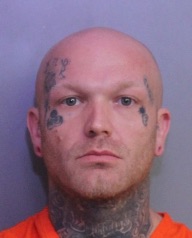 During Friday’s press conference, Sheriff Wright said three people were brutally murdered at the Landrum Mill Road home. Wright did not release how the three Landrum residents were killed, but the next day, Polk County Florida Sheriff Grady Judd said the three were killed with a hatchet.

After a month, Wright said the Polk County Florida Sheriff’s Office contacted Spartanburg County about a murder in Florida, where a person was dismembered. During interviews about the Florida murder, one of the suspects said things about the Landrum homicides that Wright said no one would know unless they were there.

Wright said his officers traveled to Florida, and did not stop their investigation until they got a confession from the suspects about the Landrum murders.

Asked where Taylor and Sluss were from, Wright said the suspects stayed very close to the Landrum crime scene, and are from this area.

“I think they did know [the murder victims], but how in depth, I don’t know,” Wright said. 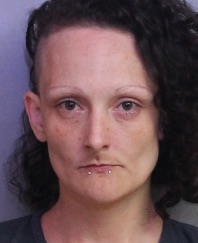 Sheriff Judd held a press conference Saturday, and said Taylor and Sluss met Bowling — the fourth victim they are accused of killing — shortly after arriving in Florida from South Carolina. The two suspects and Bowling were driving around to open up accounts and rip off banks, Judd said.

Taylor is accused of beating Bowling for two or three hours, with Taylor and Sluss putting his body in a bathtub and later dumping it in another part of the county. Taylor is also accused of cutting off one of Bowling’s hands before dumping his body, according to Florida reports.

Sheriff Judd said that Sluss admitted she watched while Taylor “viciously and brutally murdered three innocent people.” Judd added that, while there is no evidence to suggest additional victims, Taylor demonstrates attributes of a serial killer.

“I don’t believe for a minute when you look at this guy that this may be all the people he’s murdered,” Judd said in Saturday’s press conference. “He not only murders people, he savagely murders people.”

Following Judd’s press conference, Sheriff Wright said that Taylor and Sluss are not suspects in any current or cold cases being investigated by the Spartanburg County Sheriff’s Office at this time.

Taylor and Sluss were said to be staying with Taylor’s mother, who lives near the Landrum home where the triple murder occurred. The warrants state Taylor and Sluss took money and drugs from one of the victims in Landrum.

The two suspects are also believed to have spent time in Georgia and Tennessee, according to Florida reports.

Wright said there has been talk about the motive, but it did not matter what the victims were doing or had been doing, “they didn’t deserve that.”

“People in Spartanburg County can relax,” Wright said. “We are 100 percent sure we got the right people.”

How to SCORE big as an entrepreneur