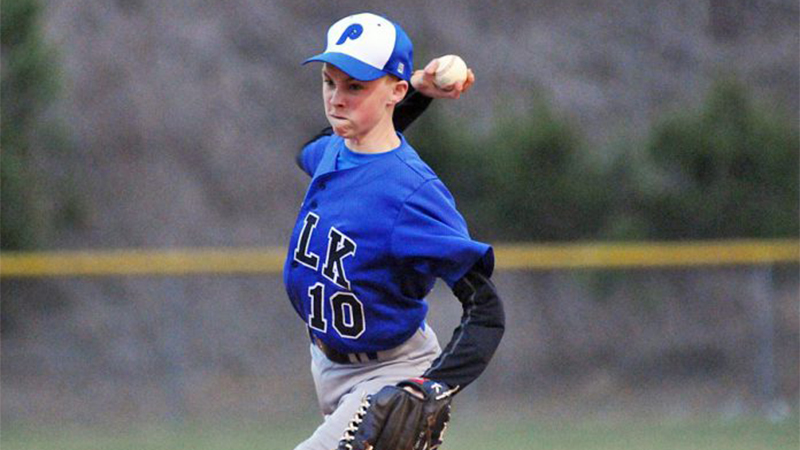 Barber also pitched a scoreless sixth inning to earn the save and make a winner of Angus Weaver, who allowed one hit and one run in three innings of relief.

Canton Middle built a 5-2 lead after two innings, but the Wolverines began to rally in the third in their debut under new head coach Kenny Hall.

Coble Cameron and Weaver laced one-out singles in the third before Barber cracked a double to drive in both runners. Jackson Bieler followed with a single to score Barber and make it a 5-5 game.

Polk County then took the lead in the bottom of the fourth as Auston Ledford was hit by a pitch to open the inning before scoring on Cameron’s two-out single. Weaver followed with a base hit before Barber singled home Cameron to give Polk a 7-5 lead.

Canton cut the led to 7-6 in the top of the fifth, but the Wolverines added an insurance run in the bottom of the inning as Elliott Whiteside was hit by a pitch to open the inning, then scored on Lawson Carter’s base hit.

The Wolverines picked up their two runs in the bottom of the first inning on a two-run Barber double that plated Cameron and Weaver.

Cameron finished 4-for-4 with an RBI, with Weaver going 2-for-3. Carter and Bieler each had a base hit for the Wolverines.

Polk Middle is back in action on Monday, traveling to Macon Middle for a 4:30 p.m. game.