Special Cases: The old and the new 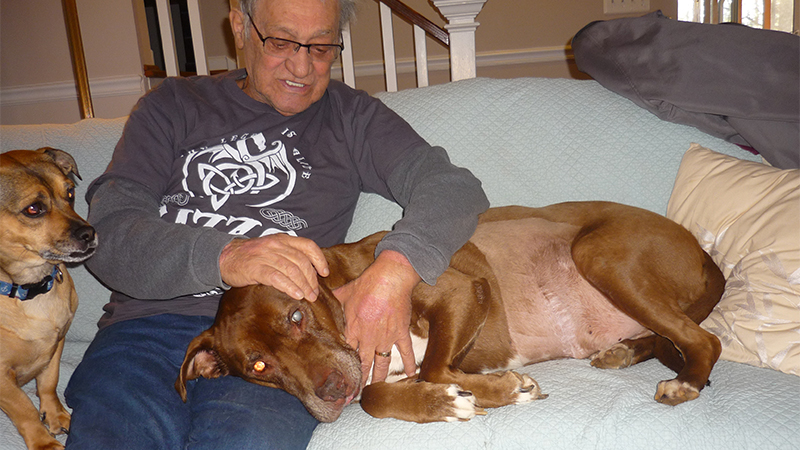 A few weeks ago, I received a call from Patti Lovelace, of animal control.

“Lennie, a friend of mine has a 2-year-old Husky, Chance, who was shot in the foot with a .22. This dumb neighbor mistook him for a coyote. My friend has recently lost her job, and Chance is at Landrum vet, can you help?”

The bullet missed the dogs’ wrist bone, and the foot was treated and saved. Chance is home recouping, paid by Lennie’s Fund.

My friend Leo, an old vet I know from the American Legion, asked if I could help with his cat, Baby Girl, who stopped eating and would throw up when fed even her favorite food. From previous conversations, I’m aware that Baby Girl is Leo’s life.

I told this sweet man to take her down to Landrum vet, we’ll get her checked out and give her what she needs. I don’t even remember all that was done for her in the two days at the vets, but she is now home.

A grateful friend informs me that Baby Girl is sound and thriving. 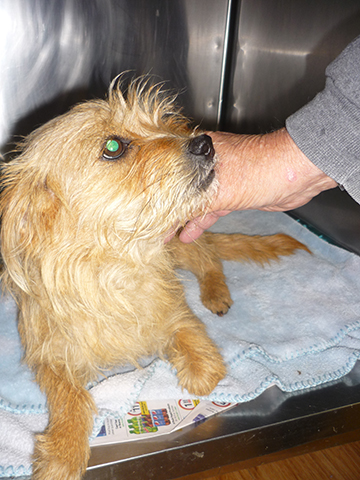 Lani, a friend and previous co-worker at the Foothills shelter, called about Charlotte, a 6-month-old little terrier mix. Charlotte was brought to the shelter dragging her right rear leg and definitely in pain, most likely struck by a car.

I went to the vets and visited Charlotte, who instantly stole this old man’s heart, along with the rest of the staff at Landrum vet.

I viewed her X-rays, broken femur and broken pelvis, and learned it was an old injury not tended to immediately. I teared up both with anger and pity, and immediately drove to the shelter and left $1,000 check for Charlotte.

Foothills is trying to pay the rest if you wish to help — just donate to FHS in my name and put “Charlotte” in the margin.

Two weeks ago, I saw Sharon, the owner of one of my dearest kids, Jericho. You’ll find his initial tale on page 457 of “A voice in the hills.” Sharon was sitting quietly at a parking space at Landrum vet.

I walked over and asked, “Are you okay, is it Jerry?”

“Jerry’s inside,” she said. “He has a lump, and we’re checking to see if it’s cancerous, and I lost my older brother yesterday.”

My heart went out to this dear lady, along with genuine concern for my old friend.  Before going in, Sharon and I spoke for half an hour, and I learned her brother was 84, and his death was imminent and expected.

“He was a happy man to the end, and he was much loved.”

“It sounded like he had a blessed life,” I said, as I tearfully hugged her before going in to see Jericho.

Jericho is in one of the large dog cages in the back I was told. Jericho is around 10 years old, and he’s a large, beautiful chocolate lab.

When I called his name, Jerry’s head immediately popped up from a lying position. I have run into Jericho often over the years, and he never forgets his Uncle Lennie — you see, Jericho is totally blind.

I sat with him for another half hour with him in my lap.

“You hang in there, old time,” I said. “Momma needs you, and Uncle Lennie wouldn’t mind having you around a little longer himself.”

Jericho replied with the soft “mmph” sound of contentment he gives me when I give him some loving.

I called the house this weekend to see how Jerry was doing and Rachel, Sharon’s daughter, answered.

“Mom’s in New Jersey, and should be home in a few days, I’m here watching Jericho and two other rescues.”

“She’s fine,” Rachel answered. “I got to say goodbye to Uncle Bob myself before he died, he was a special man.”

“He’s fine, Mr. Rizzo. Momma told me she had a feeling you might call.”

“Oh, Jericho would love that,” Rachel said, “He loves his Uncle Lennie.”

We visited on Sunday, and I spent the whole hour with Jerry’s head on my lap.

“I have never seen him smile so much,” Rachel said.

Jericho’s tumor was benign and, as I hugged him closer, I thought of the dear lady I admonished in last week’s column.

The day that I feel that helping an animal as beautiful and noble as my Jerry as a lost cause is the day I’ll consider myself a lost cause.

Special Cases: I don’t have all the answers