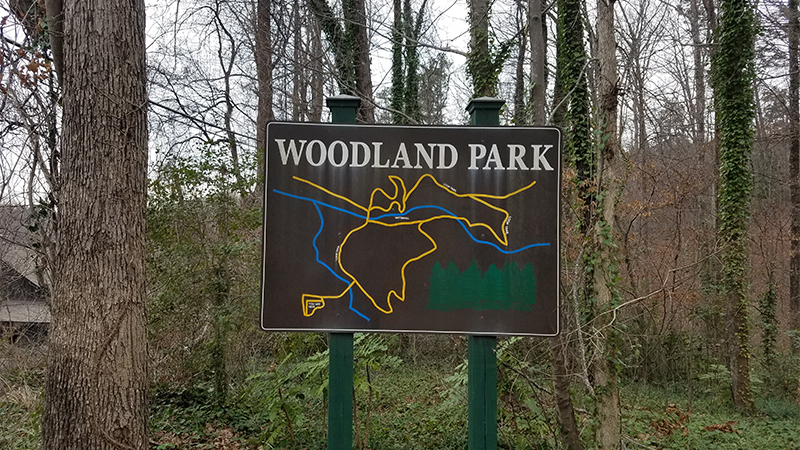 Trails are open again at Woodland Park, after an EF1 tornado did significant damage in October. The Town of Tryon recently announced the cleanup of the park has been completed. (Photo by Leah Justice)

Clean up done partly by volunteers

TRYON — All trails at Woodland Park in Tryon are open for the public’s enjoyment, following cleanup from an EF1 tornado that caused significant damage to the trails.

The Town of Tryon announced during its February meeting that the cleanup is complete, and all trails are now open.

Woodland Park, located off Chestnut Street, which is off Melrose Avenue, suffered significant damage to the trails during the tornado. 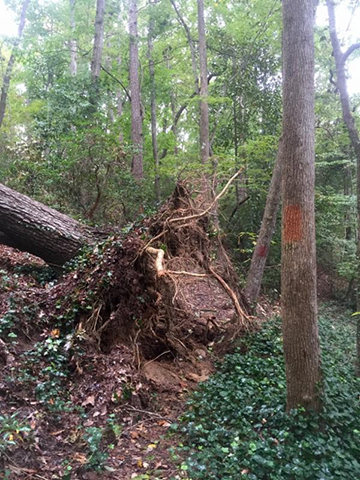 The cleanup of the damage was done partly by volunteers, with the Polk Trails Committee part of the volunteer effort.

The National Weather Service deemed the tornado, which struck Tryon and Lake Lanier on Sunday, Oct. 8, 2017, as an EF1 twister. 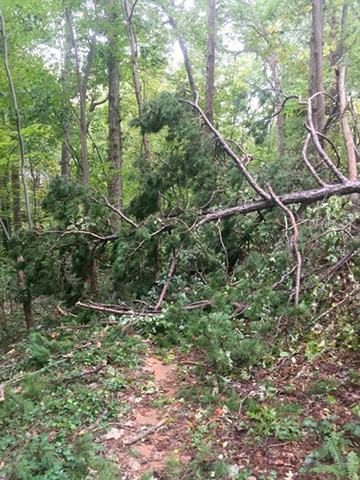 The Town of Tryon declared a state of emergency. The most critically affected areas were Pacolet Street and Melrose Avenue in Tryon, and the Third Basin area of Lake Lanier. There were significant trees and power lines that fell and were damaged, as well as roofs ripped off and damage to several structures and vehicles.

The flavor of Italy moves uptown