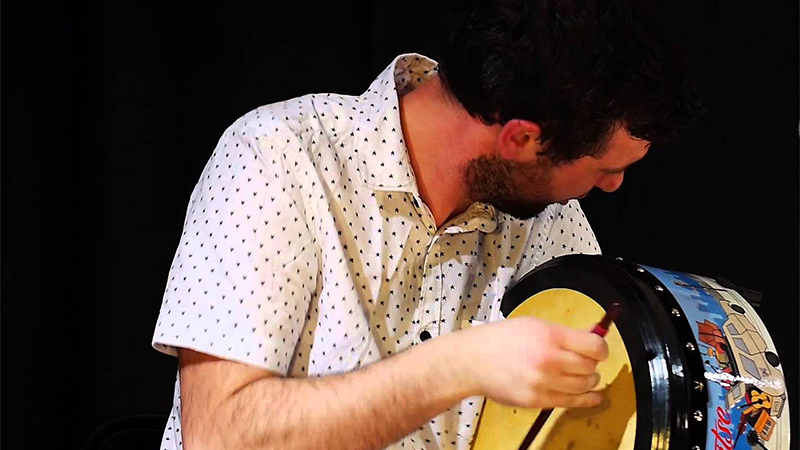 Colm plays the bodhrán during a Goitse performance. (Submitted photo)

At their March 9 Main Stage performance at Tryon Fine Arts Center, the Irish Music quintet Goitse will bring along the sights and sounds of uniquely Irish instruments, including the bodhrán.

The bodhrán—pronounced BOAR-ran—is a shallow one-sided drum, played with a short two-headed drumstick called a tipper.

The bodhrán evolved in the mid-19th century, with the animal skin trays used to carry peat and harvest grain in rural Ireland doing double duty as primitive drum heads. A comparatively new addition to the long history of Irish music, the bodhrán quickly replaced the tambourine as the main percussion instrument. The unmistakable sound is now heard the world over, and is the signature instrument of Goitse founding member Colm Phelan.

Portlaoise-born Colm has been playing bodhrán and CeiliBand drums since childhood and has been a prominent contender in the All Ireland competition since his earliest year of playing both bodhrán and drums; in fact Colm qualified for the All-Ireland finals in his very first year of playing. Colm is a winner of numerous medals with his proudest achievements being the first ever World Bodhrán Champion, in Miltown, County Kerry in 2006 ,and in the same year winning the All Ireland in Letterkenny for the second year in succession. This back-to-back achievement was closely echoed in his unique multiple CeiliBand drum competition successes. An All-Ireland winner on both bodhrán and CeiliBand drums is no mean feat.

Colm and his bodhrán are joined by the expert musicians of Goitse for what Irish Music Magazine calls “Music that’s brimming with energy and creative zeal.”

Tickets for Goitse’s Main Stage performance at Tryon Fine Arts Center are available now at tryonarts.org or by calling 828-859-8322. Goitse is sponsored by New View Realty. The 2017-2018 Main Stage Series is sponsored by Parsec Financial. 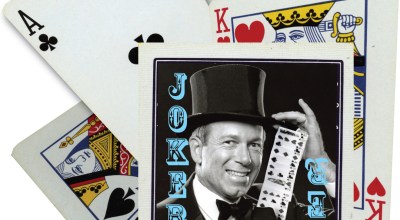