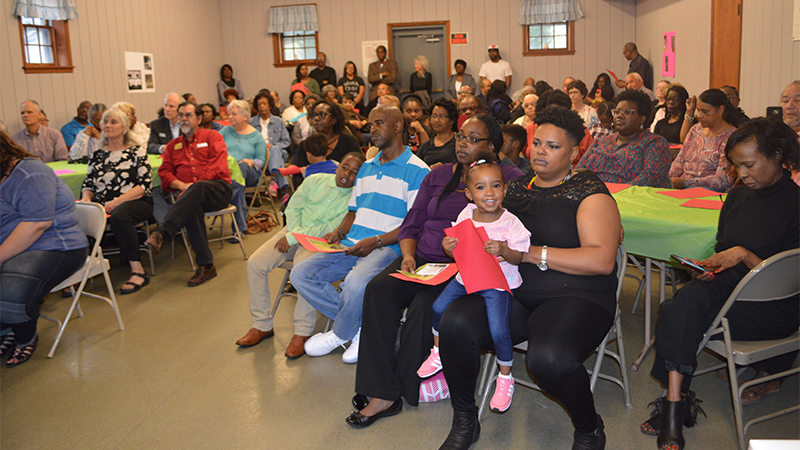 It was standing room only at the Roseland Community Center Feb. 24 for the Eastside Renaissance Black History Month Celebration. (Photo by Catherine Hunter)

Carson spoke to a packed house at the Roseland Community Center. He asked the attending veterans to stand, and said the Eastside has sent many to America’s wars. 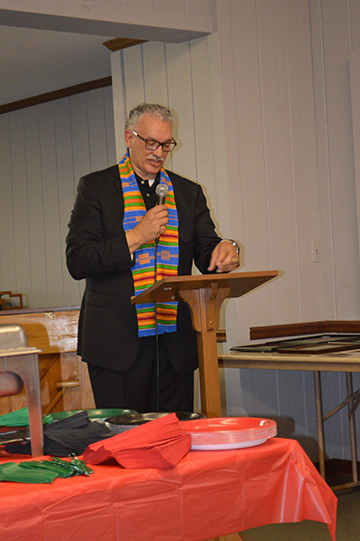 He said there is a renaissance in black history taking place in the United States, similar to the renaissance of the 1920s in Harlem.

Noting a similar renaissance in the 1930s and ‘40s in Chicago, and today, in the hill district of Pennsylvania, Carson asked, “Why not the Eastside?”

The crowd laughed as Carson talked about memories of growing up in the Eastside community of Tryon, memories of “taking the high road and the low road and going over to the cemetery side.” Heads nodded as he mentioned that Depot Street was known as the “Holler.”

Heads continued to nod and mutters of, “that’s right” drifted across the room as  Carson spoke of the times in the 1950s and ‘60s that the Eastside “used to rock.” He said, though the community was insulated, it was stable.

“The churches were full,” Carson said. “We had social clubs, basketball and softball teams, and good educational opportunities.”

As he continued, Carson spoke of the customs they lost during the unrest of the ‘60s and the drug epidemic of the ‘90s.

“It nearly tore us apart,” he said. “For several decades, the blight on our community was being ignored by the Tryon Town Council.”

Carson finished his address with a call for leadership within the community.

Apryl Miller-Cunningham closed the event with a musical tribute.