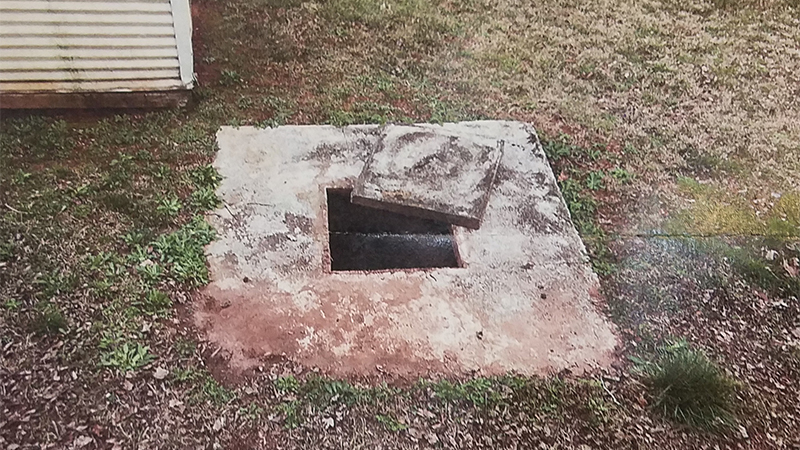 Pictured is the well the body believed to be that of missing woman Karen Denise Jenkins of Landrum. The well belonged to Jeremy Bradshaw’s grandmother, where he admitted to burying Jenkins, located at 1584 Old Highway 19, Columbus. (Photo from search warrants)

Boyfriend said she died of a drug overdose

COLUMBUS — The cause of death of a woman found in a well just outside Columbus Friday night remains a mystery, as local authorities wait for autopsy results.

The body is believed to be that of Karen Denise Jenkins, 46, who went missing from the Landrum area in November 2017.

An autopsy to positively identify the body and determine the cause of death was scheduled for Wednesday.

The Polk County Sheriff’s Office arrested Jeremy Bradshaw, 34, of 228 Windwood Drive, Columbus, on charges of concealing a death and obstruction of justice after he told investigators he buried Jenkins’ body in his grandmother’s abandoned well. 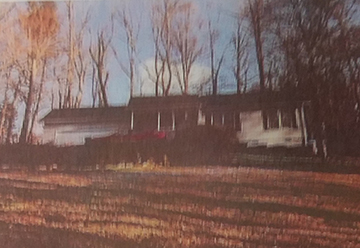 The home of Jeremy Bradshaw, at 288 Windwood Drive, Columbus, where Bradshaw claims Karen Denise Jenkins, 46, suffered an overdose and died. The Polk County Sheriff’s Office is awaiting autopsy results to positively identify the body and determine an exact cause of death. (Photo from search warrants)

Search warrants state that Bradshaw told Capt. B.J. Bayne, of the sheriff’s office, that Jenkins died of a drug overdose at his home in November.

The search warrant stated that Detective Gaddy, with the Spartanburg County Sheriff’s Office, contacted Bayne about Jenkins, stating she had not been seen since November, and was transported to Polk County by a friend. Polk County law enforcement took over the investigation on Jan. 31.

“The Polk County Sheriff’s Office investigation determined that Jenkins had indeed been in Polk County, and had resided sporadically with Jeremy Bradshaw,” stated the search warrant. “Jenkins had been in a relationship with Bradshaw for approximately three years.”

After no other information on Jenkins’ whereabouts was discovered in the investigation, Bayne contacted Bradshaw again on Feb. 22, with Bradshaw saying he had no other details, but thought that Jenkins was “probably dead.”

Bradshaw agreed to a formal interview on Feb. 23 with Bayne. Bayne, assisted by Agent Chris Campbell of the North Carolina State Bureau of Investigation spoke with Bradshaw, and he initially denied knowing the whereabouts of Jenkins, stated the search warrant.

Bradshaw then said he would ride with Bayne and show her where Jenkins’ body was located, which was at his grandmother’s home, located at 1584 Old Highway 19, Columbus, according to the documents.

“Once at the residence, Bradshaw pointed out an old well and stated, ‘that’s where  the body [of Karen Denise Jenkins] is located,’” the search warrant said.

After a search of the old well, investigators and the SBI located a woman’s body.

Investigators gained search warrants for the Old 19 property as well as Bradshaw’s Windwood Drive property, and obtained many items.

Bradshaw is still being held under a $50,000 bond. He has made his first appearance in court.

The investigation is ongoing, with the official autopsy results still pending as of Thursday.

More charges on Bradshaw are possible, depending on the results of the autopsy.