Rock, blues scene staple returns to Chase Away the Blues 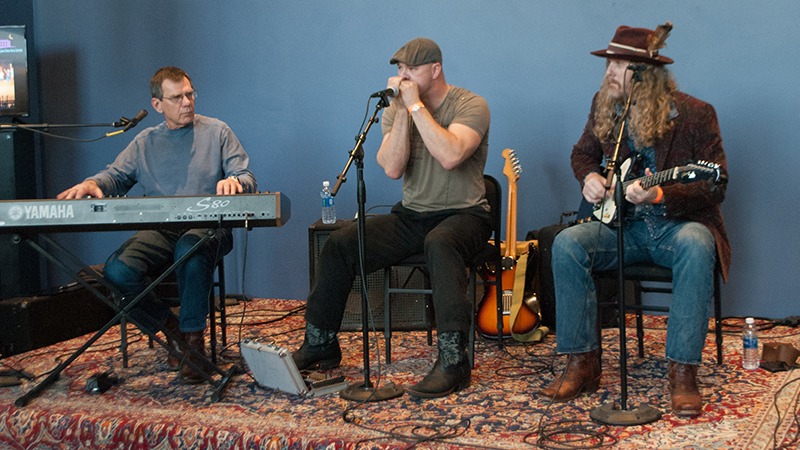 Beloved local musician Jim Peterman will take the stage at the seventh annual Chase Away the Blues at Tryon Fine Arts Center on Saturday, March 3. (Photo submitted by Michelle Fleming)

Jim Peterman has been playing the keyboard since high school and has enjoyed a long career.

He was a founding member of The Steve Miller Band, played the Monterrey Pop Festival and recorded a live album with Chuck Berry. In 1994, Jim left Wisconsin’s cold winters behind and brought his signature Hammond B3 organ to the Foothills.

He is since become a beloved fixture of the local music scene, performing with multiple bands across upstate South Carolina and western North Carolina.

Jim Peterman and Friends will perform at Chase Away the Blues with top regional musicians, filling multiple venues at Tryon Fine Arts Center with non-stop blues and rock ‘n roll from 5 to 11 p.m. The seventh annual Chase Away the Blues kicks off with an exclusive concert at 5 p.m., with Freddie Vanderford and Brandon Turner performing for blues patrons. Music starts at 5:30 p.m. for general admission ticket holders,  with headliner The Broadcast, Citizen Mojo, the Shane Pruitt Band and Bill and Tad’s Excellent Duo.

As one of TFAC’s largest fundraisers, Chase Away the Blues helps ensure that TFAC continues to bring affordable, world-class arts programming to the Foothills community.

Tickets are available now for Chase Away the Blues by visiting tryonarts.org or calling TFAC at 828-859-8322.