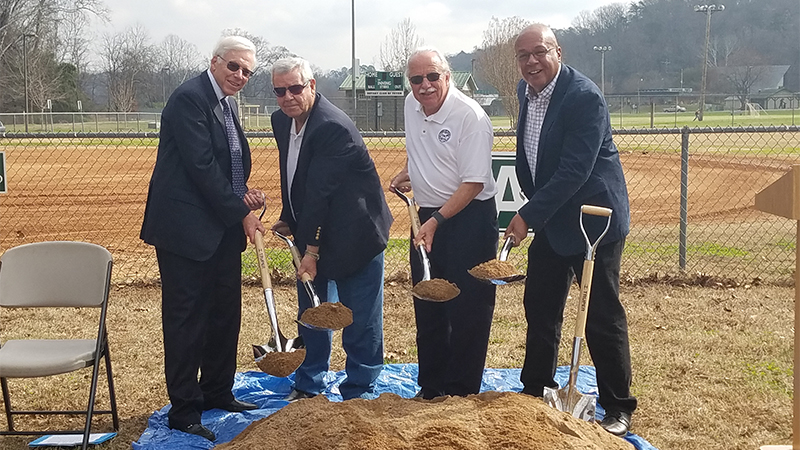 Dr. Charles Dallara speaks to the crowd about his father, the late Harry Dallara. Peixin Dallara presents a check from the Harry Dallara Foundation to Lindy Buss, Fans of Harmon Field chair, to go toward a new Harmon Field playground.

Saddle up for coffee near Landrum