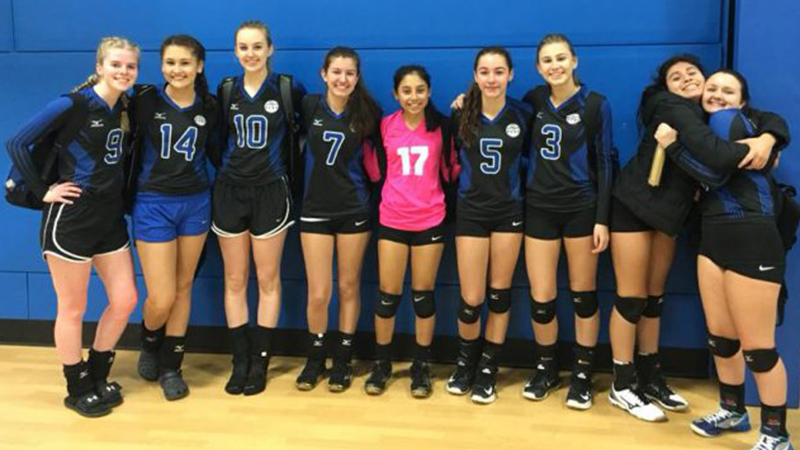 Members of the Polk County Volleyball Club 17U team pose for a photo. The squad earned fifth place at the SAVL Alliance Classic tournament, which took place Sunday in Spartanburg. (Photo courtesy PCVC).

The 16U squad, a one-time combination of players from the club’s 15U and 17U teams, was one of three PCVC teams taking part in the two-day event, held in Greenville, Spartanburg and Hendersonville.

PCVC Black, coached by Donna and Kenny Hall, traveled to Spartanburg and won three of its sixth matches in the tournament, with each round behind held in a pool-style format. The squad went 1-1 in each round of pool play, capturing a 25-15, 26-24 decision over PSVC 16 Dan in its final match of the tournament.

PCVC’s 13U team, coached by Polk County High head coach Molly Hill, finished seventh in its competition. The team opened the event by going 2-1 in pool play at West Henderson High School, but dropped both of its challenge round matches and its Silver bracket opener. PCVC 13U’s final two matches were both hard-fought contests, each going to three sets, with Upward Stars 13 Brittany winning a 21-25, 25-19, 15-13 decision and BEVC 13 Kryptonite Too earning a 27-25, 18-25, 15-10 triumph.

All four PCVC squads are next in action on March 10, taking part in the SAVL Spring Madness tournament.