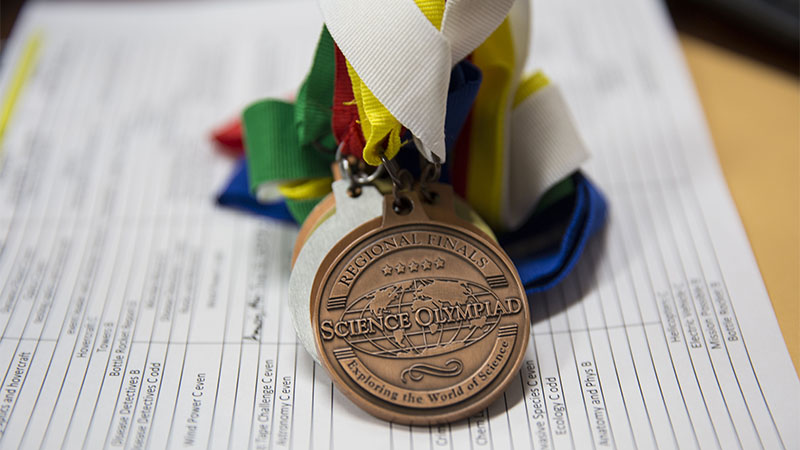 UNC Asheville will once again host the annual Regional Science Olympiad, bringing young scientists from 11 high schools and 11 middle schools across Western North Carolina together to compete in 46 different events on Saturday, March 3.

The winners move on to the statewide tournament later this year.

Check-in for competitors is 8-9 a.m. in the Rhoades Robinson Hall lobby. The events take place from 9:15 a.m. to 2:45 p.m. in many campus locations and are open to public spectators. The awards ceremony begins at 3:45 p.m.

Science Olympiad is made possible through the work of many UNC Asheville students, faculty and staff, and volunteers from the NC State University Engineering Program, Asheville Museum of Science, the American Cryptogram Association and other organizations.

For more information on the Regional Science Olympiad, contact George Heard, professor of chemistry, at gheard@unca.edu, or Evan Couzo, assistant professor of STEM education, at ecouzo@unca.edu.