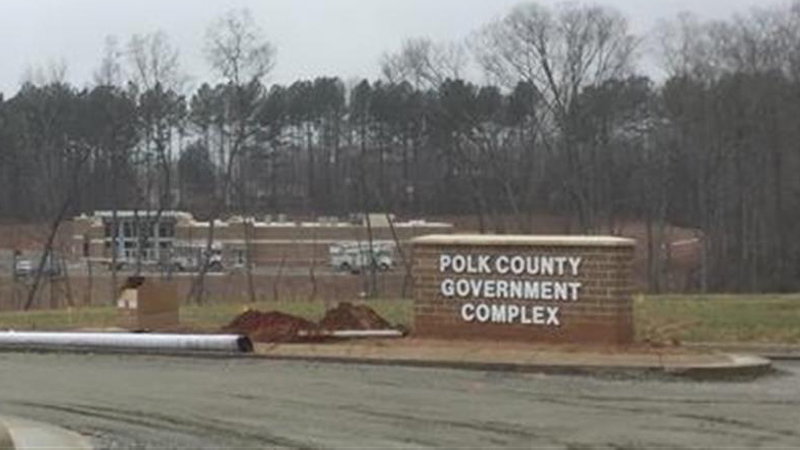 Polk County's new law enforcement Center has been delayed by another month because of recent weather to the end of March. (Photos submitted by Moseley Architects)

Date pushed to end of March on new jail

COLUMBUS—Polk County Commissioners learned this week that, because of recent rains, the new law enforcement center will not be complete until March, instead of the previous completion date of the end of February.

The Polk County Board of Commissioners met Monday and heard from Paul Luzier, with Moseley Architects. Luzier said construction on the outside of the building has slowed down because of recent rains, with there not being a lot of good days to get exterior items complete.

Luzier said grading is being finished at the site, and Cooper Construction is pushing to get the job complete.

“At this point, we are not looking at completing in February,” Luzier told commissioners.

Luzier said at this point contractors are looking at finishing in March.

Commissioner Chair Jake Johnson asked if the county could conservatively plan on mid-March for the end of construction.

Johnson asked when the county offices could move into the building and be operational.

County Manager Marche Pittman said the county must first receive an occupancy permit from the state, then move in furniture and complete technology, security and training.

Pittman said it will probably be another month after construction is complete before the jail and sheriff’s office is relocated and operational. 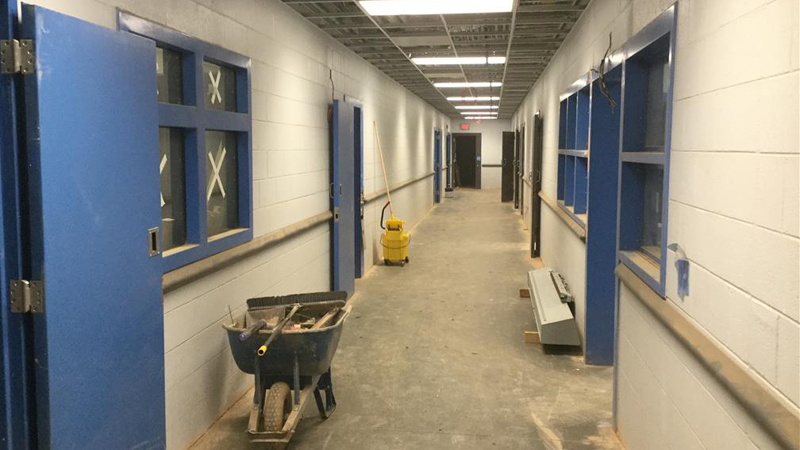 Commissioners recently approved bids for furniture and jail supplies, which will be delivered as soon as the construction is complete.

Construction on the new law enforcement facility began in December 2016 and was originally expected to take one year. Delays have occurred mainly from weather, with the area receiving snow twice during the construction and many rain days, especially in recent weeks.

Polk County took out a $13.5 million loan to construct the new law enforcement center, which will be a 60-bed facility, compared to the current jail, constructed in the 1970s, which is a 25-bed facility. The county enacted a 2-cent tax increase last fiscal year in order to pay for the debt service on the new law enforcement center. Another 2-cent tax increase was expected for this year’s budget, but commissioners were able to approve a budget without another tax increase.

A new sign for the new complex was recently installed at the main entrance, located off Highway 108, adjacent to Milliken.