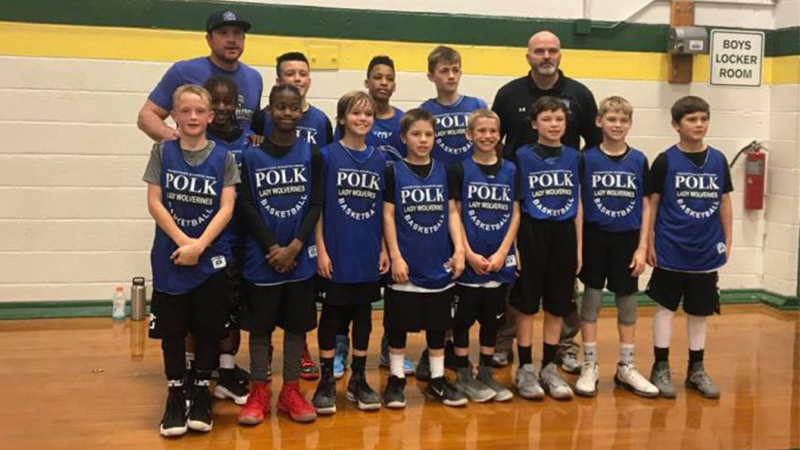 A group of Polk County fifth- and sixth-grade boys made their basketball tournament debut on Sunday — and did so in very successful fashion.

The team lost its first game of the day 43-42, but rebounded to take a 44-25 victory in its other pool game. Polk advanced to the semifinals and notched a 41-33 win, then closed out the tourney with a 38-32 victory in the championship game.

“The boys played great defense, they played selfless basketball and it was really fun to watch,” Alm said.

The team plans to compete again in Asheville on Sunday, in the Defend To The End tournament.