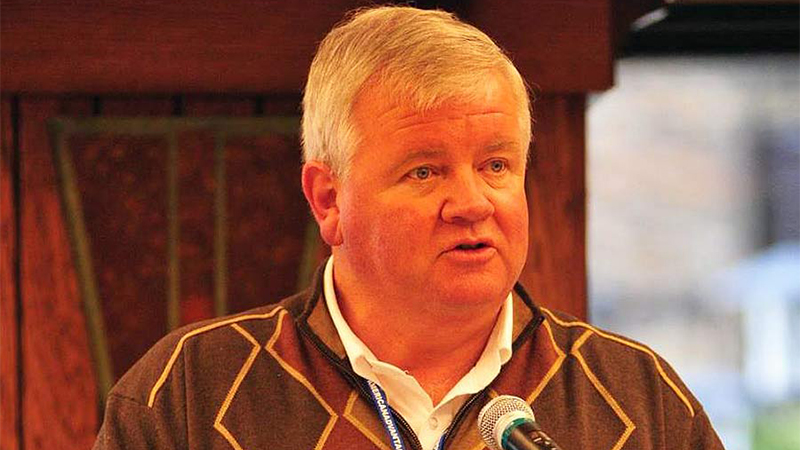 Wells; David Ball, of Asheville; Donnie Baxter, of Randolph County; and Steve Rankin, of Troutman, will be recognized at the 47th annual North Carolina Athletic Directors Association state conference at the Crowne Plaza Resort in Asheville. The banquet and induction ceremonies are scheduled for Tuesday, March 27, at 6:30 pm.

The NCADA Hall of Fame has been established to recognize achievement and excellence for athletic administration. The 2018 class of four brings the total inductees to 92. A permanent exhibit of the NCADA Hall of Fame is located in the North Carolina High School Athletic Association Office in Chapel Hill.

After spending 13 years as the athletic director at Asheville High School, Wells retired and joined the Polk County staff. He is a 1973 graduate of Enka High School and a 1977 graduate of Western Carolina University.

As an athletic administrator, Wells earned his Certified Athletic Administrator Certification in 2008. He has served the NCADA as a committee chair, State Faculty, NIAAA Delegate and NCHSAA Board of Directors. Wells served on the NCADA Executive Board and was President in 2013-14.

He was named to the NCHSAA “100 to Remember” Athletic Administrators, and was NCHSAA Athletic Director of the Year in 2015.

Wells has won numerous awards including the NCADA Braveheart Award in 2013, NIAAA State Award of Merit, Charlie Adams Distinguished Service Award in 2012 for Region Eight and NFHS Citation Award Nominee in 2017. He was inducted into the Enka High School Hall of Fame in 2008 and the North Carolina Chapter of the National Wrestling Hall of Fame in 2009.