From stage to screen 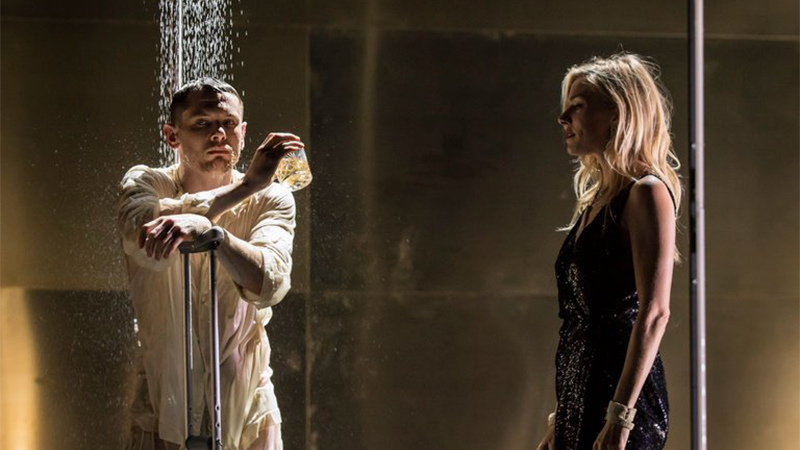 Tickets can be purchased online at tryontheatre.com or in person at the Tryon Theatre box office after 6 p.m. on the night of the show.

Currently playing to capacity each night in London, “Cat on a Hot Tin Roof “has been captured for cinema audiences by National Theatre Live.

Directed by Benedict Andrews and starring a perfectly paired Sienna Miller (Maggie) and Jack O’Connell (Brick), this West End London production brings combustible conviction to a smoldering classic that has only rarely ignited in performance in recent years.

Set in the Mississippi Delta plantation home of a wealthy cotton tycoon, “Cat on a Hot Tin Roof” is the story of a Southern family in crisis. The play unfolds over the course of a party at the Pollitt family estate to celebrate the 65th birthday of patriarch and “the Delta’s biggest cotton-planter,” Big Daddy Pollitt.

Big Daddy has returned from an esteemed health clinic with what he thinks is a clean bill of health, unaware that he is being withheld the truth by the rest of his family (except for his wife, Big Mama) and that they all know that Big Daddy actually has terminal colon cancer. The story largely examines the relationships between Big Daddy and his son Brick, a former college football star and impotent husband, as well as Maggie the “Cat,” Brick’s wife, who would rather dull her reality with booze than own up to the real nature of her husband’s desires.

Over the course of the play, the family’s immense web of lies and deceit dramatically comes undone before the audience’s eyes.

Some may remember the 1958 ﬁlm version of “Cat on a Hot Tin Roof” directed by Richard Brooks and starring Elizabeth Taylor, Paul Newman and Burl Ives. Tennessee Williams was apparently unhappy with the ﬁlm’s screenplay and its removal of almost all of the homosexual themes and revised third act. The Hays Code, a set of industry moral guidelines applied to most US motion picture releases by the major Hollywood studios between 1930 to 1968, limited Brick’s portrayal of sexual desire for Skipper, his close friend, which signiﬁcantly diminished Williams’ original critique of homophobia and sexism. The recent Young Vic stage adaptation tackles these themes in a way much more in line with Williams’ initial vision.

“What a great honor it is to screen a classic work by the great American playwright, Tennesse Williams, at our theatre. Taking in a dramatic story like “Cat on a Hot Tin Roof” is a tremendous opportunity for individuals to open up their minds to novel perspectives and aspects of human nature. Our goal at the Tryon Theatre, in addition to bringing a wide array of thought-provoking programming, is to be an environment where our local community can freely and enthusiastically discuss ideas and themes that may be intellectually or emotionally challenging,” said Tryon Theatre Manager, Nick Wilson.

More information about “Cat on a Hot Tin Roof” and upcoming National Theatre Live shows can be found at www.tryontheatre.com. The historic Tryon theatre was built in 1938, and is located at 45 S. Trade St.downtown Tryon.