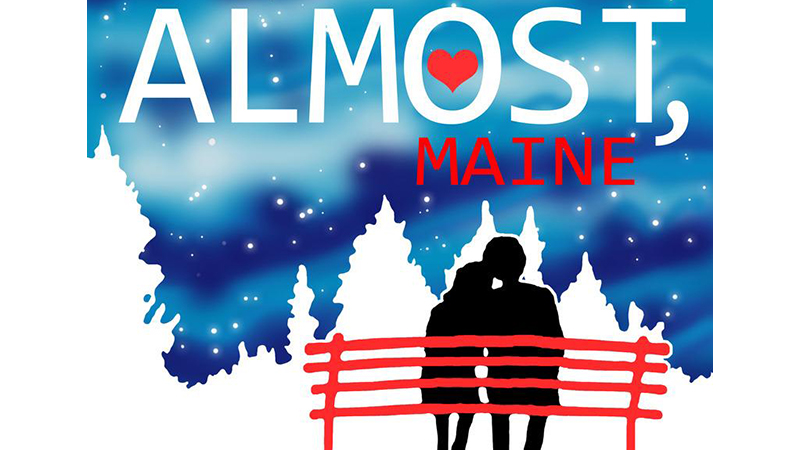 You see, the town of Almost, Maine is so far north that it’s almost not in the United States – it’s almost in Canada.  And it almost doesn’t exist . . . because the residents never got around to getting organized.  So it’s just . . . Almost.

As the story unfolds through nine short plays, it’s one cold, clear Friday night in the middle of winter while the northern lights hover in the sky above.  Almost’s residents find themselves falling in and out of love in the strangest ways.  Knees are bruised.  Hearts are broken.  Love is lost, found, and confounded.  And life for the people of Almost, Maine will never be the same.

Perkin notes that the play was written for four actors each playing multiple roles, but as many as 19 actors have been used in some productions.  In the mind of the playwright, the actors should be in their late 20s into their 30s, but the age ranges are quite flexible.  The actor who plays Man in “Story of Hope” should be short or thin.  All characters are adults.

Auditions at the TLT Workshop, 516 S. Trade St., will consist of readings from the script.  Comedic, contemporary monologues of 60-90 seconds will be considered, but are not required.

Production dates at the Workshop are April 26-May 6.