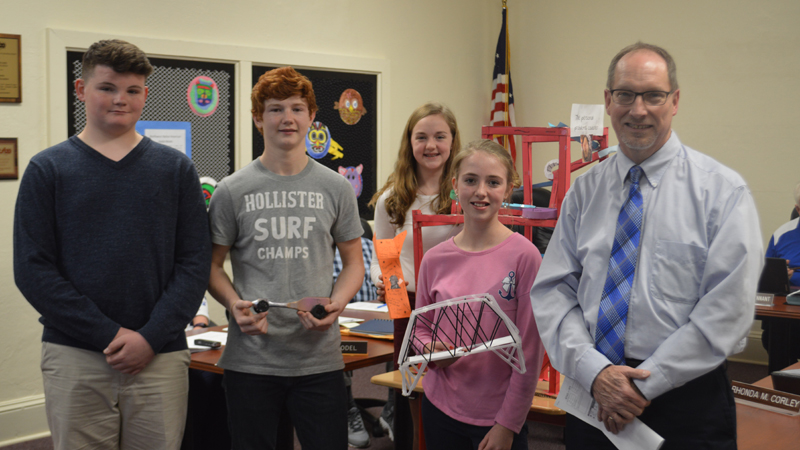 STEM educator Dale Rush said the students were exploring ideas such as aero dynamics, flying drones, and building model bridges, made from straws. and roller coasters, made from paper.

“The car traveled 62.5 feet in just over two seconds,” said Polk Middle School student Jacob Knighton about his model racecar, which he built from a block of wood.

Knighton apparently submitted plans and a proposal before he began working on the car.

Eliza Russell, of the NASCAR Hall of Fame in Charlotte, visited the middle school to discuss how the racing series uses the engineering design cycle, aerodynamics, drag and lift to make the sport faster and safer.

Other STEM projects this year included a 2-foot tall model roller coaster, made from paper. Polk Middle School student Susanna Ashworth used a marble to demonstrate the roller coaster, and explained that she had to figure out the correct angles and steepness that would keep the tiny ball on the track.

Savannah Barnwell displayed the model bridge she created out of plastic drinking straws, and explained how she used a plastic cup filled with sand to test the bridge’s strength. 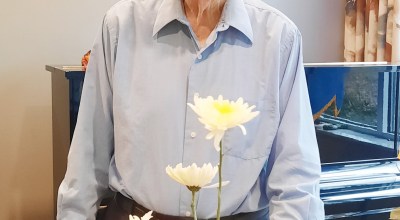 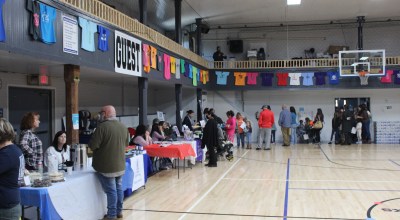