Landrum moves on to round two following blowout victory 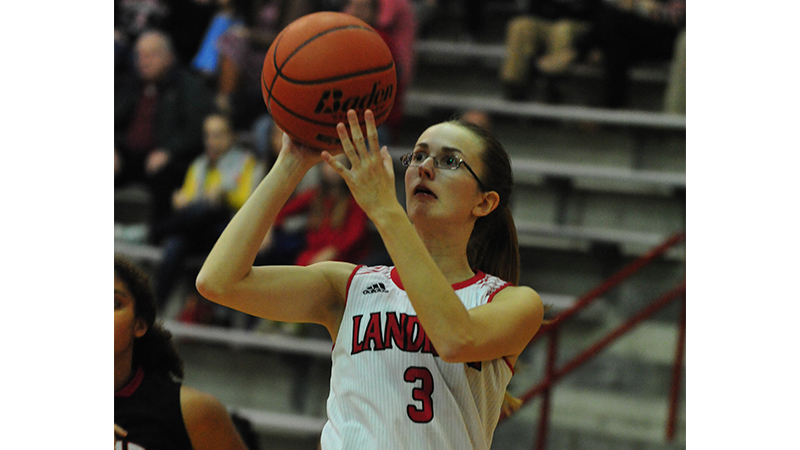 When Landrum’s Cardinals take on Keenan in the second round of the state varsity basketball tournament Friday, one of their weapons will be Lindsey Hardin, shown here against Blue Ridge earlier this season. The Cardinals easily defeated visiting Ninety-Six 74-32 Tuesday in its first-round game. (Photo by Mark Schmerling)

At the half, Landrum enjoyed a 53-17 lead over Ninety-Six.

For the Cardinals against Ninety-Six, Lindsey Hardin led the winners with 28 points, including five 3-pointers. Other top Cardinal scorers were Sarah Price (18 points, with three threes), Londen (11 points), Bailey Butler (10) and Makena Israel (this week’s SC NC Realty Athlete of the Week, with seven).

“We will continue to practice the same way we have all year,” said Landrum head coach Deon Brice about how the team is preparing for Keenan. “We are going to keep doing the things that got us to this point. Also, we’ll try to keep our focus. It’s hard at this time of the season after playing a tough schedule.”