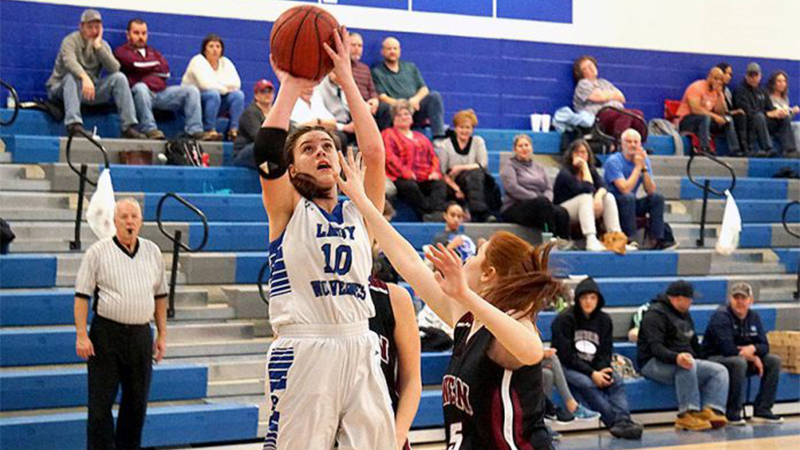 Polk County’s basketball season came to an end Monday night, as Mitchell swept the Wolverine girls and boys in the opening round of the Western Highlands Conference tournament in Bakersville.

Mitchell raced to a 30-4 lead at the end of the first quarter en route to a 74-39 win in the girls game. The third seed in the tourney, Mitchell (19-6), advanced to a semifinal matchup with Owen.

Kristen Hall scored 13 points in the win, with Autumn Owen adding 12 in her final game. Owen finished her career with 1,148 points, ranking her second on Polk County’s all-time scoring list.

The Wolverines ended their season at 1-21.

The Mitchell boys posted a 66-41 victory, improving to 8-16 and earning a semifinal meeting with Avery.

The Mountaineers broke open a close game in the second period, building a 37-24 halftime lead, and then holding Polk County (2-20) to just 17 points in the second half.

Phipps was named an all-tournament selection for the Polk boys, with Kristen Hall earning all-tourney recognition for the Wolverine girls.