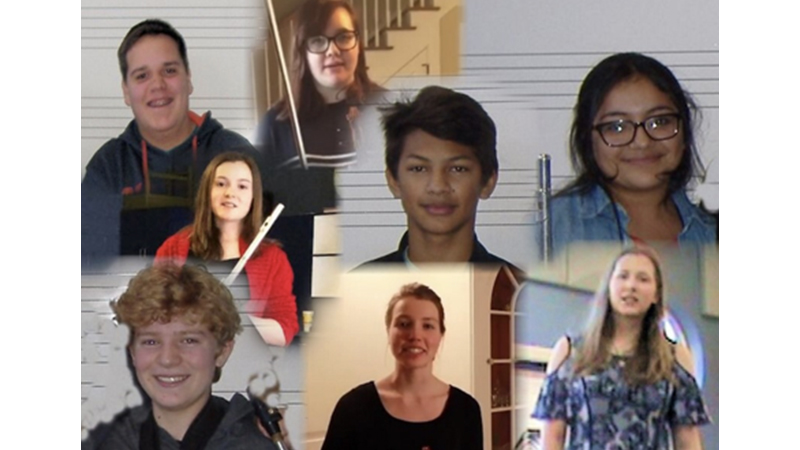 Six Polk County High School sophomores and juniors, and 2 home schooled seniors won Cannon Music Camp scholarships of up to $400 each toward attending the prestigious music camp at Appalachian State University this summer. Qualified by their Cannon awards, each student won a second scholarship provided by the Laurel Lake Music Society at Tryon Estates (TE) in Columbus. The society, composed of TE residents, sponsors a competition for area students each year, raising money through an in-house campaign to complement the Cannon awards with a prize of the entire balance of the camp tuition and food plan expenses for each Cannon qualified winner.

Due to construction of new auditorium space occurring now at TE, students auditioned remotely, providing CD, DVD or YouTube links of their performances to the LLMS scholarship committee. The society submitted the videoed and recorded auditions to the university professionals serving as adjudicators, many of whom also serve as camp staff along with guest musicians. These Cannon judges ranked and qualified the contestants for camp attendance, awarding scholarships based on each performer’s choice(s) of music played, tonality, intonation, technique, musicality of production and range of difficulty, along with posture, stage presence and personal appearance. 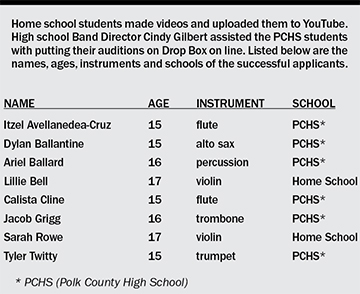 For 17 consecutive years, LLMS has funded deserving area student musicians’ attendance at the 3-week intensive individual and group musical training each July at ASU’s Cannon Music Camp. Including the 2018 awards, the total of funds provided has reached $180,000, making the camp experience possible for 133 area students. The society plans a recognition concert and reception for these talented and hard-working students in the near future, date and venue to be announced.